WHY WE’RE LOSING THE BATTLE FOR MARRIAGE 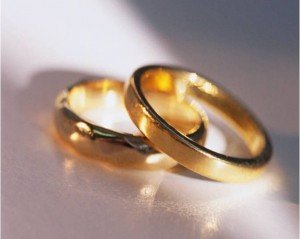 By Stephen Baskerville
The fight to save marriage, as current being waged, is largely pointless. It simply cannot be won on these terms. If defenders of marriage can let go of their own politically correct fixations and squarely face some harsh but incontrovertible facts, it is still possible to stop the impending destruction of marriage by the courts.

First: Marriage exists to attach the father to the family. It is not a gender-neutral institution. Marriage breakdown produces widespread fatherlessness, not motherlessness. (Motherlessness often follows, but fatherlessness begins the process.) The father is the weakest link in the family chain, and without enforceable marriage bonds, he is easily discarded. This is glaringly obvious: American inner cities, native American reservations, northern England, Parisian banlieues, Africa – all are impoverished, crime-ridden and drug-infested matriarchies. Fatherlessness – not poverty or race – predicts social pathology among the young. Without paternal authority, adolescents run wild, and society descends into chaos.

Once this principle is recognized, same-sex marriage makes no sense. Judge Vaughn Walker’s finding of “fact” in the Proposition 8 case that “Gender no longer forms an essential part of marriage” is rendered preposterous. Same-sex marriage simply mocks true marriage. Homosexual parenting marginalizes children still further from their fathers (and sometimes mothers), who lose their children to homosexuals usually through divorce.

Thus the second unpleasant fact: Homosexuals did not destroy marriage; heterosexuals did. The demand for same-sex marriage is a symptom, not a cause, of marriage deterioration. The major threat is obviously divorce. As Mike McManus of Marriage Savers writes, “Divorce is a far more grievous blow to marriage than today’s challenge by gays.”

Same-sex marriage would not be an issue if marriage had not already been debased by heterosexuals. Though gay activists cite their very desire to marry as evidence that their lifestyle is not inherently promiscuous, they also acknowledge that that desire arises only by the promiscuity permitted in modern marriage. “The world of no-strings heterosexual hookups and 50 percent divorce rates preceded gay marriage,” Andrew Sullivan observes. “All homosexuals are saying … is that, under the current definition, there’s no reason to exclude us. If you want to return straight marriage to the 1950s, go ahead. But until you do, the exclusion of gays is simply an anomaly – and a denial of basic civil equality.” Homosexuals are correct that heterosexuals first devalued marriage, though they then use that to rationalize devaluing it further.

Thus the third undeniable truth: To save marriage divorce must be confronted. It is not a private matter. We cannot wash our hands of it by (so to speak) wagging our fingers at immoral people and cultural decay. A lucrative government machine forcibly imposes divorce upon unwilling and innocent people, who are then evicted from their homes, separated from their children, expropriated of everything they possess and incarcerated without trial. It is the greatest violator of constitutional rights in America today. It generates the social ills that rationalize almost all domestic spending and are bankrupting our economies. And it is promoted ideologically by the same sexual radicals who are now promoting same-sex marriage.

Conservatives have completely misunderstood the significance of the divorce revolution. Maggie Gallagher attributed this to “political cowardice”: “Opposing gay marriage or gays in the military is for Republicans an easy, juicy, risk-free issue,” she wrote. “The message [is] that at all costs we should keep divorce off the political agenda.” No American politician of national stature has seriously challenged involuntary divorce. In denouncing single parenthood, Dan Quayle hedged: “I am not talking about a situation where there is a divorce.” When Pope John Paul II criticized divorce, he was attacked from both the left and right. As Mark Smith writes in the Political Science Quarterly, self-described “pro-family” groups devote no effort to reforming divorce laws, undermining their own credibility. “People who won’t censure divorce carry no special weight as defenders of marriage,” writes Froma Harrop. “Moral authority doesn’t come cheap.”

To the extent that conservatives address divorce at all, they lament and bemoan and credulously parrot feminist clichés about philandering and “abusive” fathers seeking “trophy wives.” No evidence supports this. “No-fault” law was initiated by feminists, who understood its power as a weapon against “patriarchy” by bringing the gender war into every household in the Western world.

Just as marriage creates fatherhood, so divorce deliberately destroys it. Divorce court is largely a method for plundering and criminalizing fathers. Not only are our prisons filled with fatherless children; our jails are filled with childless fathers – men convicted of no crime but criminalized by divorce proceedings that are legally and literally “no fault” of their own.

With such a regime arrayed against him, no sane man today will marry and start a family. No amount of scolding by armchair moralists who blithely preach the virtues of marriage – but do not have to live with the consequences – is going to persuade men into marriage that easily means loss of children, expropriation and incarceration.

Astoundingly, conservative moralizers credulously endorse feminist measures advertised to punish allegedly misbehaving fathers but which are in reality tools and incentives to facilitate more divorce and fatherlessness: trumped-up accusations of “domestic violence” and child abuse and a child-support gestapo that pays mothers to divorce and forces fathers to pay for the stealing of their own children. The Bush administration tried to evade these issues by concocting “Healthy Marriages,” an ineffectual program of government psychotherapy and patronage that was predictably hijacked by Obama-backed feminists to further marginalize fathers and encourage more divorces and out-of-wedlock childbearing.

Tragically, this is all susceptible to remedy. Concrete legal changes can stop it, and marriage can be effectively restored, along with constitutional government. We lack one thing: courage –masculine courage. For it is the very nature of sexual radicalism that it emasculates its own opposition. When we give up our excuses – the ones conveniently furnished by the same radicals who promote same-sex marriage – and face the ugly truth of what has happened to marriage and relations between the sexes, we can stop pretending and really address the problem.

Stephen Baskerville is professor of government at Patrick Henry College and author of “Taken Into Custody: The War Against Fathers, Marriage, and the Family.” He is writing a book on sexual politics.