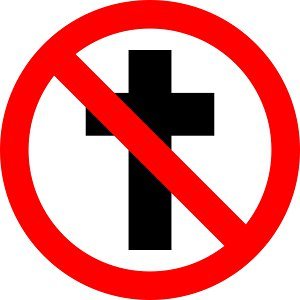 International Pro-Life Christian leader Dr. Ted Baehr, founder and publisher of The Culture Watch, today urged the Supreme Court, others in all levels of government and “all Americans” to end the “bigoted attacks and lies” against Christianity, the Bible, and “traditional Christian values” in public education, the mass media, and the legal system.

“We have seen an epidemic of godless Anti-Christian bigotry in the last few months,” said Dr. Baehr, who has a law degree from the New York University School of Law.
Recently, Baehr noted, a “partisan hack” teaching at a college in Florida made his students stomp on the name of Jesus, a public school principal in Alabama told students they couldn’t say the word “Easter” when talking about the Easter Bunny, an abortion doctor was caught murdering infants after they were born, and the “constitutionally challenged” lawyer, Ted Olsen, who’s opposing the ban against same-sex marriage in California before the Supreme Court, “parroted neo-Marxist talking points” that traditional views of marriage are a sign of “patriarchy.”
He added, “Ever since the Supreme Court decided in 1962 to outlaw voluntary prayer in public schools, the high court, educators, judges and politicians have shown an amazing lack of courage and intelligence whenever discussing or debating major issues like religious freedom, Christian values, America’s Christian heritage, abortion, marriage, crime, and freedom of association.

“Even worse, the level of deceit and ignorance in all these attacks on Christian faith and values has reached gigantic proportions,” he said.
Baehr concluded, “We must stop all this hateful bigotry against Christian faith and values. Leaders have a moral responsibility to oppose such evil prejudice and to defend truth, not spread Anti-Christian lies – especially if they claim to be Christian.”

Dr. Baehr is the co-author with legendary entertainer Pat Boone of “The Culture-Wise Family” (Crossway Books) and the author of “The Media-Wise Family” (WND Books). He is the founder of Good News Communications, the parent company of The Culture Watch (www.theculturewatch.com), Movieguide® (www.movieguide.org), and the Christian Film & Television Commission® ministry (www.cftvc.org).