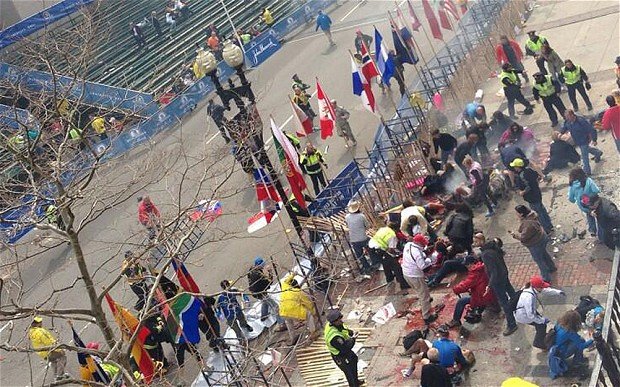 Terrorism is in the news again as seen in the tragic bombing at the finish line of the Boston Marathon on Monday. This man-made disaster gives a time to reflect on terrorism—as we continue to pray for the victims of the bombing.

By now, we have probably all heard about the infamous slide presented at a US Army Reserve Equal Opportunity training brief on religious extremism. They had a slide with the title “Religious Extremism.” (The slide is reproduced below).

There are millions of evangelical Christians in this country, as well as Catholics. To label them as haters and as dangerous boggles the mind. Many of them pray daily, “Thy will be done on earth as it is in heaven.” Or “…where there is hatred, let me sow love…” Where’s the hate?

Some have said that the Army person putting this slide together traced her information back to the Southern Poverty Law Center (SPLC), based in Montgomery, Alabama.

One of the groups who sued former (and current) Alabama Chief Justice Roy Moore for having the Ten Commandments (Exodus 20) on display at the state judiciary building in Montgomery was the SPLC. Prominent on their own building are words also carved in stone, attributed to Dr. Martin Luther King, Jr. “Let justice roll down…” These are words of Amos 5, also in the Bible.

Dr. King’s church, Dexter Avenue Baptist, is just down the street from the judiciary building. It was in that church that the civil rights movement was born—when a group met there in the mid-1950s to deal with the injustice that had just been meted out to Rosa Parks

The word “hate” is bandied about these days to the point that it may be losing its meaning. People who love are often called haters because they don’t hold to the latest politically correct view on what marriage is or on abortion. Real hate blows up people, total strangers no less.

Meanwhile, SPLC says on their website: “The Southern Poverty Law Center is a nonprofit civil rights organization dedicated to fighting hate and bigotry, and to seeking justice for the most vulnerable members of society.” Sounds great, until you look at their map of “hate.”

Click on any of the states, and you’ll see listed organizations branded as hate groups. I work at one of them, Truth in Action Ministries. We’re right there with “United Klans of America,” an offshoot of the KKK.

SLPC brands us as “Anti-Gay.” We certainly believe what the Bible says—that all sinners (and that’s all of us) can be forgiven when we repent of our sins and come to Christ and ask for forgiveness. Thousands of ex-homosexuals are alive today who have found hope and change through the Gospel of Christ. Yes, we promote that at Truth in Action Ministries; and, of course, we believe that marriage is the union of one man and one woman. But we don’t hate anyone.

Family Research Council in Washington, DC is also on SPLC’s map of hate.  That fact almost led to serious bloodshed.

Lt. Gen. (retired) Jerry Boykin, vice president of the group, tells what happened: “August 15th, 2012 Floyd Lee Corkins walked into the lobby of the Family Research Council with a backpack with a Glock 9 mm and about 70 rounds of ammunition as well as 15 Chick-fil-A sandwiches. And he shot a very heroic man named Leo Johnson, who tried to stop him. Leo wrestled him to the ground with one good arm, took his pistol away from him and started to shoot him, and then Leo told us later that God told him not to shoot Floyd Lee Corkins.”

Boykin adds, “Now it’s important to understand that he was motivated to come in and try to kill as many people as possible at the Family Research Council because we had been labeled a hate group by the Southern Poverty Law Center. It’s incredible that Leo stood over him bleeding after having been shot with nobody to help him and God told him not to shoot this man, and that’s hate? I don’t think so.”

Why the Chick-fil-A sandwiches? Boykin says, “what Corkins said at his hearing when he plead guilty to 3 charges was that his intention was to kill as many people as possible that day, smear a Chick-fil-A sandwich in their face and then go on to two other organizations, both of which he had found on the Southern Poverty Law Center’s website listed as hate groups; what he objected to was our stand on traditional marriage.”

Tony Perkins, president of the Family Research Council, says that their group regularly prays for Corkins’ salvation, that he “might come to an understanding of the truth, the Gospel of Jesus Christ. I can tell you today in working with our team—there is no animosity, no bitterness, there is compassion, but understanding of the stakes of standing for religious freedom today.”

Dr. King told his followers, “We must meet hate with creative love.” He added, “Let us hope there will be no more violence. But if the streets must flow with blood let it flow with our blood in the spirit of Jesus Christ on the cross” (Birmingham, May 1963).

On a few occasions, I have interviewed Dr. Alveda King, the niece of Dr. King, who is active in pro-life work. She told me, “Well, Dr. Martin Luther King’s daughter, Reverend Bernice King, marched with her Bishop, Bishop Eddie Long in Atlanta late in 2004. And the theme of their march was marriage between a man and a woman and that gay rights and gay marriage was not included in the civil rights movement. Bernice said in her own words, ‘I know deep within my sanctified soul that my father did not take a bullet for same-sex marriage.’”

If that were the case, would SPLC label Dr. King a “hater”? Of course note. But as it stands, the SPLC is, by their actions, denying the meaning of Dr. King’s (and Amos’) words. Like the boy who cried wolf, using the term “hate” to describe someone whose politics you disagree with is wrong on every front. Real hate is what struck the finish line in Boston Monday—regardless of who turns out to be at fault.

Slide shown at a US Army Reserve Equal Opportunity training 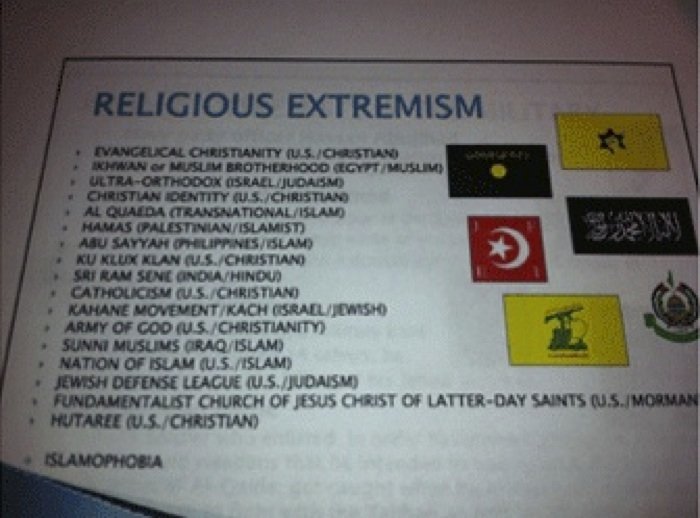 Jerry Newcombe, D.Min., is co-host of Truth that Transforms with D. James Kennedy and a spokesman for Truth in Action Ministries. He has written or co-written 23 books, including The Book That Made America: How the Bible Formed Our Nation and (with Dr. Peter Lillback) the bestselling, George Washington’s Sacred Fire. www.truthinaction.org.