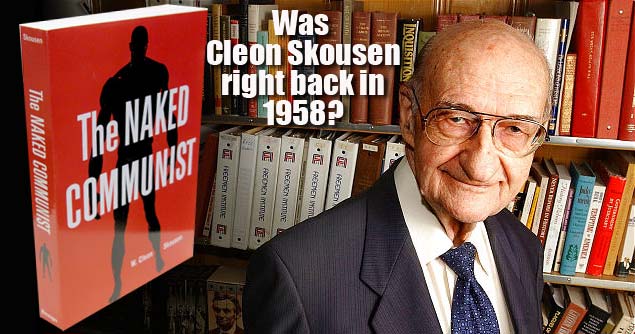 The Naked Communist is a book written in 1958 by conservative United States author and faith-based political theorist Cleon Skousen.

The list of communist goals contained in the book was read into the Congressional Record by U.S. Congressman Albert S. Herlong, Jr. of Florida, on January 10, 1963.

The following is a condensed list of Communist goals contained in The Naked Communist (Note: there is no such list in the original edition of the book.):