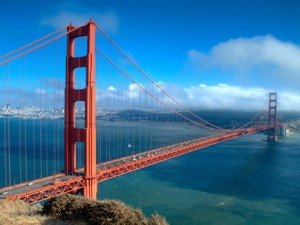 [Warning: Some content may be considered offensive and is not appropriate for children. Links are not provided due to pornographic content.]

As a child advocate, I wrote this series to sound the alarm for desensitizing children to seeing adults partially or fully nude. Why is it a big deal? Pedophiles use nudity as a tool to break down sexual barriers between adults and children. If children see adults partially nude, it is easier for pedophiles to insert pornography into their interaction and play underwear games (getting children to remove their clothes) – both grooming tools used to set up his/her next victim.

Part 1 of our series addressed a “Go Topless Day” featuring Asheville, North Carolina and cities worldwide. Part 2 covered nudity at pride parades since parades are scheduled throughout the year. Part 3 examines nudity progression and “Naked Bike Rides” events. Our conclusion of this series is Part 4, List of American Topless States and Cities. These listings alert families who are making travel plans or relocating.
San Francisco recently had a heated nudity debate. The Los Angeles Times said, “Yes, there are limits to acceptable behavior, even here in the open-armed home of naked jogging, public floggings, and all things boundary pushing.”

According to Scott Wiener, a city supervisor representing the Castro neighborhood, whose measure also would require diners in restaurants to don clothing, “If you’re going to be naked in public, and you’re going to sit down on public seating, you should cover the seating up. We shouldn’t have to legislate about that, but we do. . . . It’s about basic public health.”

The article continues, “What began as a few guys strolling starkers through the streets has reached enough critical mass in recent years that Castro residents – and not just the increasing number of parents, gay and straight – have begun complaining to officials.”
As a result of these complaints, the City of San Francisco passed an ordinance not allowing full nudity in restaurants. Also, coverings (such as towels) must be placed on public seating due to health concerns. However, public officials emphatically state they aren’t outlawing public nudity – just placing common sense barriers. I strongly disagree with city officials. Is it common sense to allow young children to see fully nude males in public? Parents cannot take these children to strip clubs – why should a PUBLIC strip club be allowed?

As an illustration of the nudity debate in America, San Francisco is the epitome of nudity progression. They have hosted eight Naked Bike Rides (listed below). Also, their “Go Topless Day” events and their “pride” events are legendary not only for nudity, but public sex acts too. If you want to protect your child’s innocence, San Francisco is not the place to visit.

“Naked Bike Rides” skirt the law by using partial coverings such as socks on male genitals. Females go topless regularly at these events. Listed below are cities with multiple years participating in these annual and biannual events:

Seattle leads the way with 25 rides, and has the disgraceful distinction of hosting the most rides. Chicago, Portland, and San Francisco are runners-up in number of rides hosted yearly.

A casual attitude toward nudity only accelerates it. This extreme nudity debate is not just about San Francisco or Asheville – it’s about ANY city or state that refuses to rope in extreme factions over the desires of the majority of citizens – all in the name of “freedom” of some sort or another.

As concerned citizens have discovered, state laws have become weakened by liberals over time to give nudists the advantage. The challenge for citizens is to re-strengthen the state laws, and/or pass city laws to challenge public officials who have to be elected.
Fighting against nudity is well worth the effort because it opposes this abhorrent legacy of indecency, lost innocence, and health concerns attacking our children.
Look for Part 4: List of American Topless States and Cities