Jared Loughner, the man who shot Rep. Giffords and 19 others, is an atheist and a pothead who also dabbled in the occult. At just 22 years old, he has a history of drug and alcohol abuse that includes being taken to the hospital for alcohol poisoning. His abuse of drugs caused the military to refuse him. He was described by fellow students as “left-wing” and “out of control.” 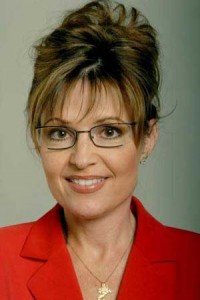 With Loughner’s history, it is easy to see why the left is blaming Sarah Palin for the shooting. The left and the establishment media desperately need to shift the blame from the perpetrator to someone else, someone that does not share their ideology.

President John F. Kennedy was shot by an atheist. The shooter was also a communist who had defected to the Soviet Union and then returned to the United States. For decades the left tried to blame the CIA, the FBI, the mob, a secret right-wing group, anyone but the actual shooter, Lee Harvey Oswald. This was because they shared, for the most part, Oswald’s ideologies. The left fed bizarre conspiracy theories about the assassination of John F. Kennedy to take the blame away from a communist.

Did visceral political rhetoric lead to the shooting of Gabrielle Giffords, as the left and the “mainstream” media claim? Maybe … if you take into account the horrible attacks on Sarah Palin, Sharron Angle, Christine O’Donnell and Rep. Michele Bachmann during the last election. The left and the mainstream media hate conservative women and do their best to dehumanize them. As conservative female political leaders are dehumanized, it makes them easier for madmen like Jared Loughner to attack them physically.

Rep. Giffords, although not pro-life, was considered a conservative or “blue dog” Democrat who voted against Nancy Pelosi’s leadership. Despite her politics and the facts of the case, the visceral hatred of female politicians is still running in the Huffington Post and MSNBC, and liberal male congressmen are making that finger-pointing a part of their future platforms by blaming conservative women for the attack on Giffords.
Michele Bachmann is a constant target of death threats thanks to the vicious ravings of Arianna Huffington who is fanatically backed by billionaire radical leftist George Soros. If we want to bring a halt to physical attacks on elected officials, perhaps we can start with ending the dehumanizing attacks on conservative figures by far left bloggers and NBC, particularly attacks on conservative women.

William J. Murray is the chairman of the Washington, D.C.-based Religious Freedom Coalition.