The relatively new concept of teaching children sexual abstinence in the past 18 years is being credited with the American teen birth rate hitting a record low in 2009. 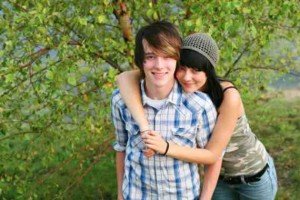 According to the National Center for Health Statistics, the birth rate fell to 39.1 births per 1,000 teens in 2009, the lowest level in 70 years!

They also found that the numbers are down for 16 out of the last 18 years!
It is very important to note, in the wake of these new stats, that Movieguide® will be having its 19th Annual Faith & Values Awards Gala and Report to the Entertainment Industry on Feb. 18 at the Universal Hilton near Hollywood.

Thus, Movieguide® has been actively promoting sexual abstinence to the leading decision makers in the entertainment industry for all of those 18 years of general decline!
The decision makers in the mass media create the culture that shapes and guides the hearts, minds and behaviors of children and teenagers.

That’s why teaching those opinion leaders about the Gospel of Jesus Christ, including sexual abstinence, through the Awards Gala is clearly having a positive effect on America’s children and teenagers.