Dispelling the Myths of Time 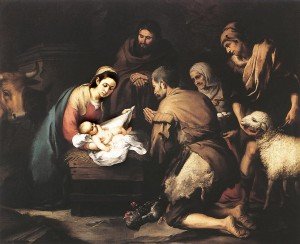 One of the more recent Christmas traditions has been the repeated assertions, on the internet, in the press and from some pulpits, that the 25th December could not have been Jesus’ actual birthday.

Examining the Historical Record
According to this position, He could have been born on almost any other day of the year, except 25 December. It is asserted that 25 Dec. had originally been the pagan winter solstice festival, which had been taken over by the Christians to promote the new faith. In doing so, many of the old pagan customs crept into this new Christian celebration. Numerous articles, booklets, radio programs and even TV documentaries have been produced asserting this position.

Myths
However, this opinion is itself based upon historical myths, incomplete research and ignorance of history.

Christmas Predates Constantine
Christians have celebrated the Incarnation and nativity of the Lord Jesus on December 25 since the earliest centuries. Long before the conversion of Constantine in AD312, and the end of the persecution by the Roman Empire, 25 December was already established as a venerable and tenured tradition for celebrating Christmas Day.

Christmas Predates Catholicism
The assertion, therefore, that Christmas is a creation of the Roman Catholic church and that it has something to do with the mass, is false. The tradition of Christmas, the Christ Festival, long pre-dates the establishment of what became Roman Catholicism.

Pagan Attempt to Hijack Christmas
It is true that one Roman Emperor, Aurelian, did attempt to inaugurate 25 Dec. as a pagan festival “the birth of the unconquered Sun.” This was in AD 274. Aurelian was attempting to breathe new life into a declining paganism devastated by the advances of Christianity. However, the Roman pagan festival was instituted after the Christians had already been celebrating the birth of Christ on that day for many decades. Their pagan festival was an attempt to create an alternative tradition, which already was associated with the birth of Christ, and of some significance to the Roman Christians. This is not a case of Christians imitating the pagans. The pagans were attempting to imitate the Christians, by celebrating the Sun on the day when Christians celebrated the Son of God.

Comparing Calendars
Already in the 2nd Century, church councils had attempted to establish the actual time of Christ’s birth. This was tied up with discussions over the date of Easter, the commemoration of Christ’s Death and Resurrection. Because Scripture identifies Christ’s death at the time of the Jewish Passover, the time of year could be known with precision. However, differences in the Jewish, Greek and Latin calendars, and the discrepancies between the Lunar (moon) and Solar (sun) date keeping caused intense debate over whether to observe Easter on a fixed date, no matter which day it fell on, or to ensure that it always fell on a Sunday, the first day of the week, as identified in the Gospels.

The Annunciation
On the basis of records available to them at that time, the early Church established 25 March as the Feast of Annunciation to mark when the Angel first appeared to Mary, and as the date of Christ’s conception. They also came to consensus that Christ was born 9 months later – on 25 December.
25 March used to be New Year’s Day
It needs to be noted that, from the earliest days of the Roman Imperial calendar, the New Year was celebrated on 25 March – the first day of spring (in the Northern hemisphere). This is why September, October, November, December derived from the Latin words, Septem (7), Octo (8), Novem (9), and Decem (10).

The New, New Year’s Day
The celebration of the New Year on 1 January dates back to the adoption of the Gregorian calendar in 1600, in Scotland and 1752, in England. From the 17th Century, 1 January began to be celebrated in Christian nations as a day of Renewal – a renewal of vows, vision and vocation. It was on this day that guild members took their annual pledge, that husbands and wives renewed their marriage vows, and young believers recommitted themselves to walk in the Grace of the Lord.

In the Darkness
25 December occurs in the northern hemisphere in the darkest time of the year. 25 Dec is during the longest nights, and shortest days of the year. So, the early Church establishing that the Incarnation, when Christ was conceived by the power of the Holy Spirit, occurred on the first day of spring, 25 March, and that His Advent occurred when He was born at the darkest time, during the longest night of the year, 25 December.

A Light Has Shone
“The people who walked in darkness have seen a great light; those who dwelt in the land of the shadow of death, upon them a light has shined. . . For unto us a Child is born, unto us a Son is given; and the government will be upon His shoulder. And His Name shall be called, Wonderful, Counselor, Mighty God, Everlasting Father, Prince of Peace. Of the increase of His Government and peace there will be no end.” Isaiah 9:2-7

New Covenant
1 January, as the first day of the New Year, follows 8 days after the birth of Christ, on the day when he would have been circumcised and come officially under the Covenant.

An Age of Presumption
It is remarkable how so many people today, with no historical research, and next to no knowledge of the historical realities and complexities of 2,000 years ago, can assume that they know better than learned men and Church councils convened much closer to the events in question for the express purpose of ascertaining the most accurate dates of Christ’s birth, Crucifixion and Resurrection. But then, we live in a world where everything is being questioned – even God’s Law and the Word of God.

Victory Over Paganism
Instead, we should celebrate that Christ’s Coming did replace desperation with joy, oppression with celebration, human sacrifices with Christmas Festivals; Christ replaced Baal, Molech, Apollo, Mars, and Thor. At the time of greatest darkness, Christ came. “The Light shines in the darkness, and the darkness did not comprehend it.” John 1:5
Christmas is a time to celebrate Christ’s victory over paganism. New Year’s Day is a time to renew our vows, vision and vocation, and the first day of spring to celebrate the Life of Christ.