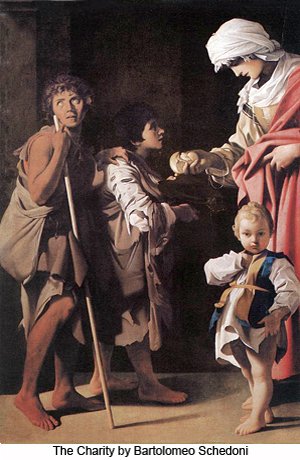 There is a strong link between faith, the Christian faith in particular (in all of its various stripes), and doing good—including feeding the hungry, clothing the naked, and providing shelter. It has been true in the past, and it is true in the present.

Before Jesus, charity was virtually non-existent. The late Dr. D. James Kennedy once said, “The world before Christianity was like the Russian tundra—quite cold and inhospitable.”

The great historian Will Durant said this about charity in ancient Rome, the greatest of the civilizations of antiquity: “Charity found little scope in this frugal life. Hospitality survived as a mutual convenience at a time when inns were poor and far between; but the sympathetic Polybius reports that ‘in Rome no one ever gives away anything to anyone if he can help it’—doubtless an exaggeration.”

Of course, the ancient Hebrews had the law from God to love our neighbor as ourselves. Jesus expanded on this point, and His disciples spread these transforming ideas around the world.

People today consider the label, “Samaritan,” as a good-doer. In Jesus’ day, a Samaritan was an outcast and looked down upon. When Christ told the parable of the Good Samaritan, He chose an alleged antagonist as the protagonist and imbued new meaning in the word “Samaritan.”

But there are those in our society who want to cut off charity from its ultimate source. A new piece of legislation was introduced last week by U. S. Senator Mary Landrieu of Louisiana (D) to rectify what she sees as a wrong. She calls this the “Freedom to Pray Act.”

She sees a corrective needed to make sure God isn’t banished from charity. The other side sees this as a way the government would supposedly mandate religion. (Source: 7/12/13, AP).

I remember years ago at a business where I was working, there was a sign on the bulletin board seeking volunteers for a suicide-hotline. But the ad said that if you’re religious, you need not apply. As I recall, the very name of the outreach had the word Samaritan in it.

Wow. They would not only cut off many potential, faithful volunteers, they would also cut people off from a message of hope that could change the lives of those seeking to kill themselves. How tragic.

In the first amendment, the founders of America proscribed a national denomination. No one specific religious group would be allowed to lord it over the others and bind our consciences.

But that’s a far cry from saying the founders intended for God and Christian prayers to be banished from the public square and that charity with some state assistance must be secular.

In his Farewell Address, George Washington declared, “Of all the dispositions and habits which lead to political prosperity, religion and morality are indispensable supports. In vain would that man claim the tribute of patriotism, who should labor to subvert these great pillars of human happiness.” Yet we have many today busily subverting these pillars.

Washington added, “And let us with caution indulge the supposition that morality can be maintained without religion.” This would include the morality of charitable giving and living.

For almost twenty years I’ve been an active volunteer with a Christian food-distribution ministry. A few years ago, I remember when our leader decided we would no longer receive any kind of government assistance because it came with strings attached.

There was a threat along the lines of: We couldn’t pray, but if we did, we certainly couldn’t pray in the name of Jesus. It wasn’t worth receiving anything from the government when the very heart and soul of what we were doing would be cut out of it. Thankfully, the Lord continues to provide the means for us to help from voluntary sources.

I suppose such conflicts will continue to arise, especially as some continue to promote a vision of America where God and the Christian faith are completely banished from the public square, even in our charities. Yet charity is God’s idea and an assignment for the church.

###
Jerry Newcombe, D.Min., is co-host of Truth that Transforms and a spokesperson for Truth in Action Ministries. He has also written or co-written 23 books, including The Book That Made America: How the Bible Formed Our Nation and (with D. James Kennedy),What If Jesus Had Never Been Born? www.truthinaction.org.