The Fundamental Transformation of America

When Obama wrote a book and said he was mentored as a youth by Frank, (Frank Marshall Davis) an avowed Communist, people said it didn’t matter.

When it was discovered that his grandparents, were strong socialists who sent Obama’s mother to a socialist school where she was introduced to Frank Marshall Davis. He was later introduced to young Barrack Hussein Obama, People said it didn’t matter. 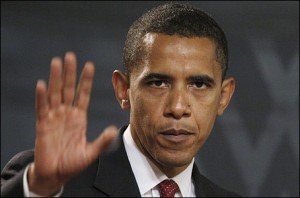 When he admittedly, in his book, said he chose Marxist friends and professors in college– people said it didn’t matter.

When he traveled to Pakistan after college on an unknown

Sex Week at Yale: Demeaning Women in the Name of Free Expression

Please note that the following article deals with subject matter only for discerning adults. — Ted

When I first arrived at Yale, its beauty overwhelmed me. Strolling along under its high gothic towers, and listening to the sound of Carillon bells echo across the quad, I felt as though I were part of something high-minded – almost holy. It felt like a place where one could easily be inspired to contemplate, as Paul put it, “whatever is true, whatever is noble, whatever is right, whatever is pure” (Phil 4:8).

There were times, however, when the content of the Yale education did not live up to the uplifting contours of its architecture. At no point was this truer than during Yale’s biennial series of sex-themed special events known as “Sex Week at Yale.”

The event, usually referred to around campus as “SWAY,” has taken place at Yale every other year since 2002. I first experienced Sex Week as a student. This year, I returned to cover the event as a journalist.

My Drug & His Poison

“Do not bite at the bait of pleasure till you know there is no hook beneath it.”

Because of their addiction, we want to hold on to those memories for dear life. Those memories of the good times, when you first met them, or when you knew you first loved them, you cherish. . . especially now. When you see a transformation in your husband or boyfriend, to the point that you don’t even recognize him anymore due to his addiction, there is such a sense of loss that sometimes can take years to overcome and truly grieve through.

The Real Party of No

By Dr. Tom Snyder So, now that President Obama has seen his approval ratings plunge…

The International Symposium has tapped Dr. Ted Baehr to give the keynote speech at a…