WHO IS TO BLAME? 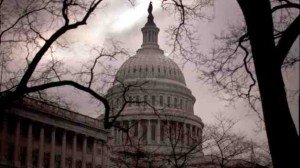 By Jerrol LeBaron
Our country is not the nation it once was. We can no longer guarantee the American Dream, and we are not that beacon of hope to the rest of the world that we once were. The torch is dimming. We all know this.
There are many things to blame for this. We can blame the political parties whose sole criteria in endorsing a candidate is whether that candidate has the resources to win and whether that candidate will vote party line. Voting ones conscience, performing a due diligence and thinking for oneself are nowhere on the list of criteria when a political party endorses a candidate.

We can blame it to a lack of education, moral and religious conviction or a lack of family values as a basis from which all other values are derived. Another factor is that technology is advancing so quickly that our cultures haven’t been able to keep pace. Certainly, the encroachment of Marxist socialist ideas has also played a factor.

There is truth to all of the statements above and there is no shortage of other legitimate factors.
As one looks across our great nation one can see great causes, people and organizations trying to resolve these issues and bring us back to our glory, but it does appear that these well-intended causes are being hampered with too many obstacles.

If we look back in history as far back as the Roman Empire, Greece and even Babylon there appears to be a common denominator: the implosion of every great nation or empire was first preceded by corruption at the highest levels of government. Self-serving uncaring individuals gradually or quickly took more and more control, and began making decrees not for the good of all, but for the good of a few, thereby punishing and wrecking the lives of the many, destroying both personal liberty and industry.

If we further examine history, we see a correlation between the rise of a nation or empire and the rise of individual freedoms and liberties, which also lead to improved morality and religious conviction, and vice-versa. For example, the Magna Charta and its many earlier and later versions are governmental and humanitarian milestones that have consistently resulted in the rebirth or growth of a nation. The US Constitution and the Bill of Rights are the ultimate example.

As we examine our political process and the laws being passed over the last several decades, it is clear that our Constitution and Bill of Rights are being minimized, invalidated and blatantly ignored. As a result, our nation is succumbing.

How does one turn this around? Or, at the very least, how does one slow down this decay so that these great causes, organizations and people can turn our nation around and bring us back to a golden age?

The idea is simple. The task is ambitious. It is Congressional Reform.

Our political process has been so corrupted that our politicians:
1. Knowingly and openly pass bills hundreds or even thousands of pages long which they haven’t read, don’t understand, haven’t done a due diligence on and have no idea what’s in them, nor do they care.

When lawmaking has degraded to a level such as this, self-serving special interests have little difficulty in hi-jacking our government.

Simple fundamentals have been lost in the governmental process (and this is common to all great nations and empires that have imploded):

1. Generally speaking, the only reason to pass a law is to solve a problem. In order to solve a problem, one must have a thorough understanding of it. One must actually look and examine the problem. This simple fundamental applies to all aspects of life including raising a child and settling arguments. This begs the question to our politicians: “how can you be sure the bill you haven’t read is going to solve the problem you haven’t looked at?”

2. Did you know that it is not uncommon for the House and Senate to pass a bill, and the president sign it into law all in a single day? If politicians are going to pass laws for the good of all, shouldn’t the people be able to see the final, final version of the bill well in advance of the vote? “You do what we tell you to do. We don’t want your input.” Isn’t that what dictators do? Most bills passed by Congress are implemented months or years later. There is no reason Congress can’t provide the people with the final version of the bill 30 days before the final vote. They should be proud to do so.

Therefore, to ensure that a bill is realistic, is as good as it can possibly be, and doesn’t favor the few to the detriment of the many, that bill must be made available to the people subject to it, so that they can not only provide thoughtful input, but can also protect themselves from poorly thought out bills and from self-serving special interests trying to hi-jack the political process.

3. Bundling bills is a perfect method by which vested interests are able to take control. A politician puts together a great bill for the good of all, but then to this bill are added all sorts of other unrelated and often harmful clauses and/or bills. What is the politician to do? Vote “no” on a decent bill which might not ever get a second chance and which he or she has sworn to support? Or vote “yes” on a bill that is clearly sub-par?

4. Lacking in every government that has failed are concrete rules, punishable by loss of job or jail time, which politicians have to follow when making laws. History shows us that politicians primarily operate off of the honor system. As time passes, the honor system becomes less and less heeded. In our government the “honor system” is more or less contained in the House and Senate rules. With strong faith and values, these are merely rules and are often ignored, especially the rules concerning integrity.

Without God, the “Honor System” is NOT enough.

It is the structure provided to law enforcement and the military that make it possible for decent people to want to join and selflessly serve for the good of all. It is this structure that reduces the number of thugs and self-serving people from joining.

Every aspect of life, in order for it be successful needs structure – concrete rules, guidelines and laws.
And, that brings us right back to Congress. Where are all of the laws, rules and regulations which they have to follow under threat of loss of job or jail time?

With the single swipe of a pen, Congress can do massive and almost irreparable harm. Therefore, simple laws (not “house rules”) need to be implemented which our members of Congress MUST follow.
In order for America to be the great nation it once was, to be that beacon of hope for the rest of the world to aspire to, to continue to guarantee the American dream – in order for great people, causes and organizations to be able to bring us back to our golden age and glory, we must put our government leaders in check.

And, be sure to join us June 12 as we converge on Capitol Hill to demand Congressional Reform.

Editor’s note: Jerrol LeBaron is the founder of Honor In Office, a non-partisan organization dedicated to bringing honor and integrity to public office. He is also the executive producer of the documentary FOOLS ON THE HILL, and is currently organizing a rally June 12th on Capitol Hill to demand Congressional Reform.