Dartmouth Medical School researchers surveyed more than 2,400 children, grades five through eight, who reported that they’d never drunk alcohol. Within 13 to 26 months between the original survey and a follow up interview, three percent of the youngsters said they’d started drinking.

The children were also asked whether their parents allowed them to watch R-rated movies “sometimes” or “all the time.” 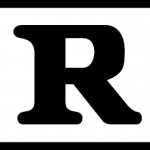 Analysis showed a strong link between viewing R-rated movies and underage drinking. This link remained strong even among children who said their parents frequently set and enforced limits.