The Perversion of Massachusetts Education 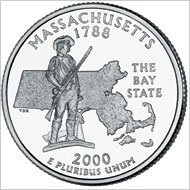 By David Outten Massachusetts state education officials are seeking to force all public schools to recognize transgenderism and permit transgender students to play on the sports teams of their choice and use the locker rooms of their choice. When just a colony Massachusetts passed the “Old Deluder Satan Act” requiring the education of children so they could gain a personal knowledge of the Scriptures and a clear understanding of the difference between right and wrong. In 1650, Harvard College was chartered to “conduce to the education of the English and Indian youth of this country, in knowledge and godliness.” The assumption was that godliness was the key to civil behavior. In the Miriam Webster online dictionary the verb pervert is defined:  “to cause to turn aside or away from what is good or true or morally right; to cause to turn aside or away from what is generally done or accepted.” The founders of Massachusetts believed that mankind is born into sin and will behave badly if not transformed by biblical instruction and a personal choice to make Jesus Lord of their life. The core belief in Massachusetts education today is that everyone in born different and whatever they consider right is what society must accept and nurture. This is hazardous to children. You do not need a to be a pastor or have a Ph.D. in psychology to know that children are born selfish, jealous and dishonest. They’re born with all sorts of tendencies that would make them horrid citizens. The term civilized is defined: “characteristic of a state of civilization <civilized society>; especially : characterized by taste, refinement, or restraint.” Education refines. A teaches restraint. In a society built on biblical values, this means you respect other people’s rights and other people’s property. You are taught to refrain from what God calls evil, regardless of your preferences. The earliest tools of American education a “hornbook” used to teach the alphabet : A Wise son maketh a glad father, but a foolish son is the heaviness of his mother. Better is a little with the fear of the Lord, than great treasure & trouble therewith. Come unto Christ all ye that labor and are heavy laden and he will give you rest. Do not the abominable thing which I hate saith the Lord. Except a man be born again, he cannot see the kingdom of God. Foolishness is bound up in the heart of a child, but the rod of correction shall drive it far from him. GODLINESS is profitable unto all things, having the promise of the life that now is, and that which is to come. HOLINESS becomes GOD’s house for ever. It is good for me to draw near unto GOD.Now children are taught that anyone who believes such things is an intolerant religious “bigot.” A child who would dare be critical of homosexuality or transgenerism risks discipline, perhaps even expulsion. Clearly, the purpose of education in Massachusetts is moving in the opposite direction of its original purpose.   Now, consider the results. Just 50 years ago over 90 percent of children were raised by their natural parents. Today 59 percent of children are either born to a single mother or experience life in a home broken by divorce. Schools whose worst problems included gum chewing now have metal detectors and campus police. Children graduate without knowing when the Declaration of Independence was signed and who we received our independence from. Children are taught to fear global warming, but never learn that 600,000 Americans have died from AIDS (a sexually transmitted disease). America is more vulgar, more violent and more selfish. The national debt climbs rapidly as government programs try to deal with the economic impact of the rejection of biblical values. Prison populations have multiplied even as parents live in growing fear that their child will become the victim of someone with a sexual preference for tight-skinned young bodies (They don’t think of them as children. They see them as bodies). There are people who think anyone who believes in the Bible is filled worth hate. Christians don’t hate people. They hate the evil that destroys lives. They hate to see people live in bondage to alcohol, gambling or pornography. They hate to see daughters sexually abused by fathers driven by lust. They hate to see 600,000 Americans die of AIDS. They hate to see children encouraged to engage in dangerous evil behavior. An education that refines teaches that God loves us and made us to experience his very best for us if we will seek his will for our lives. It is not God’s will that children change their sex. It is not God’s will that anyone have sex with someone of the same gender. It is God’s will that sex be saved for marriage. The day could come where to make the above statement will earn you a jail term or worse. Some consider it “hate speech.” There was a time in Massachusetts when it would have been considered vulgar to even mention such behavior in public. The statements would have been considered so obviously true they’d be unnecessary to mention. The difference between then and now is the perversion of America (a profound change of direction). What used to be considered right is now considered hateful. What used to be considered abominable is now considered normal. Those who consider promiscuity, homosexuality and transgender behavior normal hate to discuss the social, health and economic results of this change. God, who loves us, warns that going astray from his guidance brings catastrophic results. Our growing national debt and our increasing fear for the safety of our children are just the beginning. The path of perversion grows darker and darker the further you go down it. American was once going God’s way. The media and Massachusetts education officials are leading a charge the opposite direction.