The Irony of California’s Ousting of Campus Christian Groups 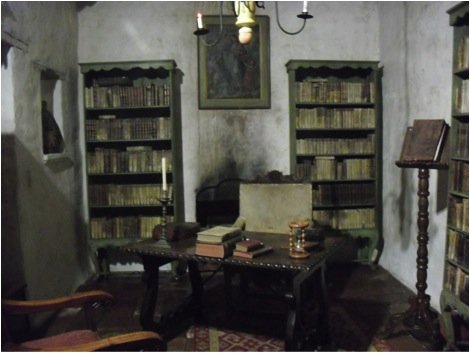 A disturbing story came and went, barely noticed a few weeks ago. InterVarsity Christian Fellowship is being unceremoniously booted off the campuses of California’s 23 state universities. This begins with a process of “derecognizing” these as legitimate campus groups.

Why? Though everyone is welcome at their ministry events, ICVF reserves leadership only for those committed to their goals and creed, just as a homosexual group would presumably reserve leadership for gays or those who affirm its pro-gay agenda. Or a Muslim group for Muslims.

InterVarsity Christian Fellowship is a network of campus ministries. It is evangelical in orientation and has been around at least since the 1940s. I personally was touched by the IVCF chapter of my undergrad college at Tulane in the 1970s.

Theoretically, college is a place where there should be robust discussion, with a plethora of opinions being heard in the marketplace of ideas. But political correctness is strangling that.

Why is it that since the Christian church essentially created the phenomenon of the university, c. 1200 (to reconcile Greek philosophy with Christian theology), and since Christianity created arguably the most notable universities the world over, e.g., Sorbonne, Oxford, Cambridge, Harvard, Yale, Princeton, William and Mary, Notre Dame, etc., that only Christian ideas are not allowed on some of our campuses — in the name of tolerance?

A friend I know works in one of the California colleges in question, and he wrote to me about this IVCF story: “Universities are allowed to implement ‘all-comers’ policies, which means that no campus organization can discriminate on the basis of religion or ideology. So, not only would a straight person be theoretically allowed to join a gay group, but someone who considers homosexuality a sin could theoretically be a member or even leader of such as group, and the group could not discriminate against them based on their beliefs.”

He adds, “This is absurd, of course. In reality, this ‘all-comers’ policy is being used primarily to discriminate against Christian organizations, who are truthful enough not to lie about the fact that of course they are going to discriminate on the basis of religion.”

Apparently, if you have sincerely held conservative religious views, you have no place on the campus, at least as recognized by the school. This is done because of “tolerance” or “diversity.”

The late Dr. D. James Kennedy said, “We Christians do believe in and practice a tolerance, but remember this: Tolerance is the last virtue of a completely immoral society.”

Once in a while, protesters would come out and surround Dr. Kennedy’s church to remonstrate. I said to him one such time, “Oh look, here comes the ‘shock troops of tolerance’ again!”

I once interviewed Rabbi Daniel Lapin for our TV special, What If Jesus Had Never Been Born? He said, “There is a cultural struggle in America today. It is between those who are comfortable with God’s divine blueprint for society, and that includes serious devoted Christians and Orthodox Jews. And on the other side, those who are fanatic extremists, who are determined to rip every element of traditional Judeo-Christian faith out of the village square.”

How ironic this California campus story is, in light of just that state’s history alone. As a state, California has a huge debt to Christianity, the Catholic Church in particular. That debt includes their first schools. Santa Clara, a Franciscan mission (1777), was California’s first college.

Father Junipero Serra (d. 1784) was responsible for beginning these missions and that school, and he is buried at the one in Carmel by the Sea, the Mission San Carlos Borromeo de Carmelo. I visited that mission and took a photo of his library — the first library in the entire state.

European settlement of California began with Spanish Catholic leaders creating a network of missions from the south (San Diego) stretching all the way to San Francisco (named after the 13th century saint from Assisi). Los Angeles (technically: “The Town of Our Lady the Queen of the Angels of the River Porciúncula”) was one of those 21 missions. Each mission was roughly a day’s horseback ride away from the next one. From one end to the other is about 600 miles.

California is known for its wine industry. Why did wine production begin, ever so small, in that state? For the purpose of providing communion wine. Even the state’s capital refers to the Catholic celebration of Holy Communion, i.e., Sacramento.

The irony of the anti-Christian campaign in the name of “diversity” is that Christianity is and will continue to be the source of true diversity. For example, IVCF chapters are often remarkably diverse in terms of the socio-economic and racial backgrounds of their attendees.

I don’t think true diversity could be described any better than what St. John says of the worshipers he saw in heaven: “After this I looked, and there before me was a great multitude that no one could count, from every nation, tribe, people and language, standing before the throne and before the Lamb.” St. John would have no welcome at California’s schools anymore.