The Bible Is Historical Truth

One uninformed liberal wrote, “One glance at the bible [sic] and you know there is no historical truth.”  On a scholarly basis, this statement is completely false, for hundreds of archaeological findings have corroborated historical facts cited in the Bible.  It was once argued (during the 1800s) that there was no historical evidence for the existence of people known as the Hittites, mentioned in the Old Testament.  Archaeology has long proven this false assumption wrong. 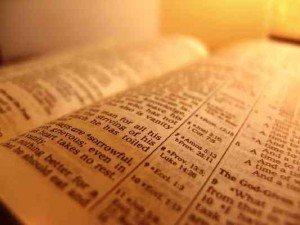 Here is another case: Sir William Ramsay (1851-1939), a non-Christian, embarked on archaeological research to show that many of Luke’s citations in the Book of Acts were wrong.  He had called the Bible “a book of fables.”  But as result of his diggings in Greece and Asia Minor, he discovered that Luke’s accounts were indeed factually correct.  His findings led him to become a Christian.

For years critics argued that there was no evidence that Pontius Pilate was a historical person.  He was the fiction of uninformed Christians.  But in 1961 archaeologists found a stone slab in Caesarea (where Pilate once lived as a Roman official) that had the words “Pontius Pilate, Prefect of Judea” etched on it.  Once again, the Bible was historically corroborated.  Critics no longer say that Pontius Pilate was the creation of biblical writers.  This stone slab in now in the British Museum in London.  I could cite many more examples to show that the Bible not only is a religious book but also a book of history.  Uneducated liberals would do well to read the scholarly book by Werner Keller, The Bible as History (1980).

The uninformed liberal cites Northrop Fry’s book The Great Code saying that “the idea of God (figure of a man) was conjured from outside the earth because humanity was to [sic] wrapped up in mother nature/earth. For the authors of the bible [sic] it was an attempt (successful) to change this ideology to give man the dominant role in society.”  This statement is simply a subjective opinion and nothing more.  It cannot be backed with any historical or scientific evidence.

The uninformed liberal also questions why God had to say “‘let there be light,’” and he wonders why God would say these words when there was no one to hear them.  This is really a silly point.  May God not speak to Himself?  Does the uninformed liberal want to deny God this privilege?  Moreover, does not every person speak to himself many times each day?  Linguists tell us that thinking is sublingual speech.  So when we think, we are in reality speaking to ourselves.  Maybe speaking to ourselves is another example that shows man was created in the image of God, that is, speaking to ourselves first began with God and then passed on to us.

The all too typical uninformed liberal states, “History has told us for the bible [sic] to take its control of society there was bloodshed and lots of it.”  This is a confused sentence.  Where, when, and how did the Bible ever take control of any society?   It is leaders who control society, not the Bible.  The Bible is a book, an inanimate object, and as such it cannot control anything.  It may influence people, but that is very different than saying the Bible is an entity that controls society.

Editor’s Note: Alvin J. Schmidt (PhD, University of Nebraska) retired in 1999 as professor of sociology at Illinois College in Jacksonville, Illinois, where he still lives. He is the author of several books, including The Great Divide: The Failure of Islam and the Triumph of the West, and served as a consulting editor for Dictionary of Cults, Sects, Religions and the Occult