Suffocating the People of God 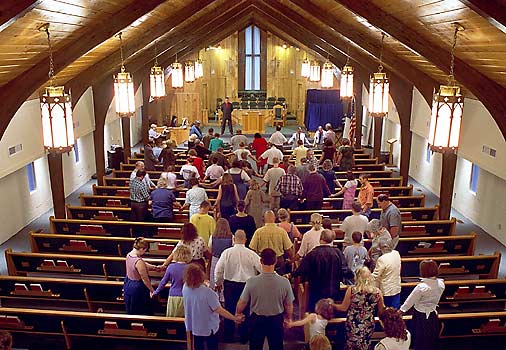 Several people in the Democratic-Socialist power structure have decided that the only way they can convert America into a totalitarian gulag is to destroy the Church, the People of God. And, too many of the sheeple have fallen for their nefarious plans.

As Sharon Sebastian (http://www.DarwinsRacists.com) notes in her article “Hijacking the Faith: The Obama Way”:

“Years ago, the head of a major Gay rights organization told Pacifica radio that he thought Bill Clinton could deliver what his group wanted, but when a sitting president failed, he suggested he now understands that you ‘have to go after the churches.’ That is a strategy that the Obama administration appears to have also adopted. The hijacking has been effectively under the radar for years and now presents itself in the form of ‘social justice.’ Rev. Wallis, a self-proclaimed Progressive, who has reportedly supported many communist causes, has renamed ‘social justice’ to ‘Biblical justice.’ With that renaming or change in terminology comes a full-out assault on the meaning of Biblical scripture.”

One of the great Christian heroes responsible for the fall of Communism in Romania was Pastor Joseph Tson. As a Baptist pastor, he preached salvation messages every week while the Romanian secret service sat in the front pew and did nothing. Eventually, he realized, however, that the Gospel starts at Genesis and ends with Revelation. He discovered that the church, the People of God, and not the state, was responsible for the homeless, the needy, the prisoners, the widows, and the orphans.

Thus, when Pastor Tson started preaching that the state was intruding on areas where the church had responsibility, the Communist government arrested him. After persecuting and torturing him, they could not break his faith in Jesus Christ, but he broke their faith in Communism, and Communism fell in Romania.

Several years ago, NPR was interviewing a Native American leader about the high alcohol and drug use and high suicide rate among Native American men, something that had skyrocketed after President Lyndon Johnson’s socialist Great Society Program. The leader responded, “Don’t you know, Uncle Sam cuckolded our wives.” The NPR interviewer was perplexed, so the leader continued, “The US government took our wives. They provide for all their needs. They feed them. They give them jobs. They put their children in government schools. They built community centers for them to hang out with other women. So, they took them from the husbands, and the husbands had nothing to do but escape in a bottle or die.”

An African American told me the same thing on a flight to Amsterdam. He was in charge of the unwed mother program for the Bronx. I mentioned that the young girls needed more education. He countered that these were the smartest girls. “If they get pregnant at 13-years-old, they get to move out of their crowded family apartment and into their own government provided housing. They get money for their child. They get complete care for their child. They get job training with other young women. They get a place to hang out and have fun. These are the smartest girls.”

Why? Because we have replaced God with government, but the government is merely a group of underperforming envious fools who think that they know more than they do and who believe that they should control your life completely.

If we want to see revival, reformation and renewal, churches and their members have to take back the Gospel and live it out by taking responsibility by God’s grace in the family, the church and the individual from the state for the children, the wives, the husbands, the families, the widows, the needy, the poor, the prisoners, and the orphans. The state has no business whatsoever being involved in performing this duty. And, anyone who says otherwise is promoting Statism, Communism, or National Socialism, i.e. Nazi-Fascism.