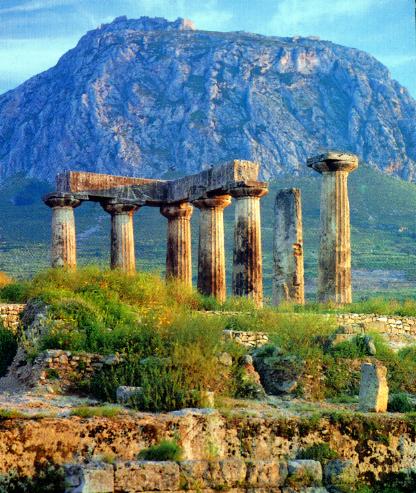 Greece is suffering from lots of economic woes. Even so, it’s a beautiful country with great history, especially the opportunity to visit some of the great Christian historical sites as well as the Greek antiquities.

Corinth is one of the most intriguing sites. It provides a rich insight into Paul’s ministry. The book of Acts and 1st and 2nd Corinthians provide a map to ancient Corinth. That said, if you’re planning a trip to Greece and Corinth, it’s important to warn you not to stop at The Gemolos, the one tavern that overlooks the ancient ruins.

The Gemolos Restaurant is the classic tourist trap. Not only is the food inedible, but the price was scandalous. The same meal in Athens at the best Greek restaurant was 17 Euros while the cost at Gemolos was 82, nearly four times as much! The problem is that when you’re in a small tourist area, you feel trapped. However, since we’re helping biblical Greek historians, we’ll be coming back, or at least providing for others to do so.

Such self-destructive behavior on the part of Gemolos demands a critique that will warn people before they go. Beware Gemolos and enjoy Corinth.