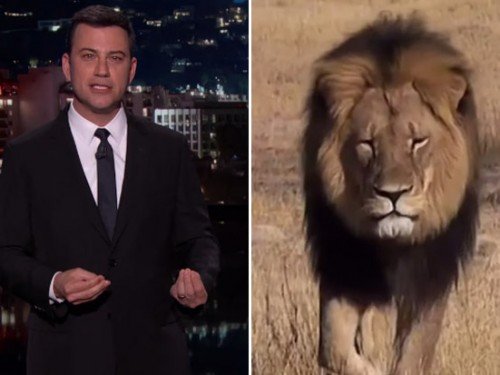 The next morning, the three networks spent more than eight minutes covering the lion story.

Meanwhile, celebrities like Piers Morgan, Sharon Osborne and Mia Farrow called for the death, arrest and suffering of the hunter who accidentally shot the lion, who was well known in Zimbabwe and other places, or publicized the hunter’s address.

The hunter alleged that the professional guides he hired misidentified the lion.

“I had no idea the lion I took was a known, local favorite, was collared and part of a study until the end of the hunt,” the hunter wrote in a public statement.

Many places in Africa allow the hunting and killing of lions, under certain legal restrictions.

The excessive concern over the accidental death of one lion, and the apathy concerning Planned Parenthood’s deliberate harvesting of human body parts from abortion children, are signs of an increasing paganization and moral breakdown in the United States.

It’s also the result of a widespread belief in false theories of godless, “natural” evolution, which teaches that animals and humans are virtually the same, and that unborn children are just a group of cells.

Finally, the liberal “news” media’s neglect of the Planned Parenthood story, especially the third, and perhaps most revealing, undercover video, is not only an egregious example of media bias, but also an example of how they conceal the evil, libelous and mendacious attitudes and actions of venal, partisan, radical pro-abortion politicians.

Planned Parenthood’s actions are reminiscent of the Nazi scientists’ experiments on Jews and fascist Japan’s experiments on Chinese people during World War II.

At the end of World War II, the Allies decided the ends doesn’t justify the means and refused to use the research from these horrible experiments to benefit mankind.

Today, however, Planned Parenthood and their defenders, including Hillary Clinton, make the opposite argument.

This is how far America has fallen. May God have mercy on our souls.