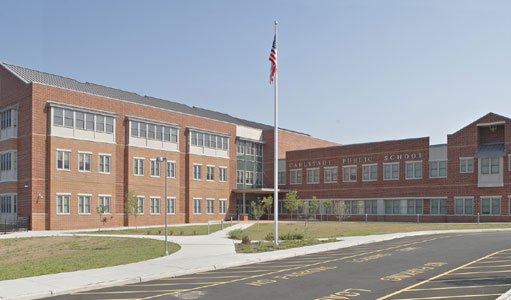 This Friday, April 19, 2013 is the National Day of Silence which is sponsored by the homosexuality-affirming advocacy group, the Gay, Lesbian and Straight Education Network (GLSEN). GLSEN’s raison dêtre is to transform the moral and political views of our nation’s children through our publicly subsidized government schools. The Day of Silence is GLSEN’s central socio-political tool for achieving that purpose.
GLSEN urges students in high schools and middle schools to refuse to speak for an entire day—including during class—in order to draw attention to the plight of those students who are purportedly silenced and bullied because of their homosexuality or cross-dressing.


IFI is again partnering with a broad coalition of conservative pro-family groups to encourage parents and guardians to express their opposition to the exploitation of instructional time for this Leftwing political cause. We are urging parents to ask their school principals if students and/or teachers are permitted to refuse to speak in class on the Day of Silence. If your principal says they are not permitted to refuse to speak, ask how that is communicated to parents, students, and faculty.

If your principal says students and/or teachers are permitted to refuse to speak, keep your child at home, which costs schools money. We also encourage you to send an email to your superintendent, principal, department chairs, school board members and your student’s teachers explaining why you are keeping your child home. Click here http://doswalkout.net/ for a sample “call out” letter.

It is critical for parents, school administrators, students, and school board members to know that the ACLU has stated that students “have a right to participate in Day of Silence and other expressions of your opinion at a public school during non-instructional time: the breaks between classes, before and after the school day, lunchtime, and any other free times during your day. You do NOT have a right to remain silent during class time if a teacher asks you to speak” (emphasis added).

Despite what the Day of Silence advocates claim, this political event does, indeed, create disruption, distraction, divisiveness, and discomfort. Imagine if students were allowed to refuse to speak in class on other days for other socio-political causes. What if one group were allowed to refuse to speak in class to draw attention to the silenced voices of women in Afghanistan, or Christians in China, or political prisoners in Cuba, or suspected terrorists held at Gitmo, or animals used in scientific research, or dolphins caught in tuna nets? We have opened a Pandora’s Box of problems by allowing this form of political activism in the classroom. Many teachers and students, on both the Left and Right, dislike the Day of Silence, but no one hears about that. Teachers and administrators are afraid to admit publicly that they wish the Day of Silence would end.

What GLSEN does not admit is that their central goal is not the eradication of bullying—which is a goal every decent person shares. GLSEN’s “anti-bullying” emphasis is merely a strategic tool for effecting their central goals, which are the eradication of conservative moral beliefs and the creation of a social, political, and legal environment in which it’s impossible to express them. GLSEN believes that the existence of conservative moral beliefs creates an environment ripe for bullying and violence. Therefore, their goal is to transform the moral beliefs of other people’s children using public resources (i.e., public schools).

Homosexuality, like polyamory and hypersexuality, is a condition constituted by subjective feelings and volitional sexual acts. Our public schools would never permit a day of silence for students who are bullied for their polyamory or hypersexuality. Clearly, no administrator or teacher wants students to be bullied for these conditions, so what’s the difference? Educators fully understand that such a “day” would do far more than signal opposition to bullying. Such a day would implicitly teach that polyamory and hypersexuality are morally acceptable—which is not the business of educators to do. Allowing students to refuse to speak in class on the Day of Silence necessarily means that school administrators and teachers believe homosexual acts are inherently moral and are comfortable promoting that moral conviction—which is not the business of government employees to do.

GLSEN, correctly assuming that conservatives are cowardly, understands the efficacy of promoting homosexuality through bullying prevention activities. They know we’re too afraid to be accused endorsing bullying—even falsely accused—to oppose their efforts. The truth is, however, that it’s entirely possible to oppose both bullying and the despicable efforts of GLSEN to undermine conservative moral beliefs using public funds.
It is entirely possible to work toward preventing bullying without specifically mentioning every condition for which students are bullied. The Day of Silence privileges two conditions for which students are bullied—homosexuality and gender-confusion—over all others. Broader, more general, more inclusive non-enumerated activities and events are fairer, more compassionate, and less politically divisive.
If we don’t start opposing the use of public schools to undermine the moral and political beliefs of our children, it will not only continue, it will increase.
Call your school now.