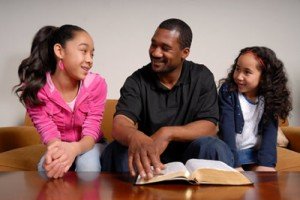 The unabated moral confusion flowing through the media is stunning. It’s so bad, you can’t look away. But we should try.

With a few exceptions, the major TV networks are a torrential sewer of leftwing propaganda and smutty sitcoms.

Print and online media are more diversified, but The New York Times has so many certifiables writing for it that I can’t even decide which one to quote. Elsewhere, columnists like the Miami Herald’s Leonard Pitts Jr., spin out nuggets like, “racial animus is an element of tea party ideology, but not its entirety.” Why, thanks for that caveat, Mr. Pitts.

The Washington Post’s Courtland Milloy, after watching the Iowa caucuses on TV back in January, complained bitterly that “nearly everybody was white.” Imagine that shoe on the other foot.

Since I live and work in the Washington area, I’ll narrow this litany of lunacy down to The Washington Post, which rarely disappoints.

Some of the weirdest stuff is on the opinion page, such as the May 26 editorial, “Make us pay more: A higher gasoline tax would be good for the country.” Don’t make me have to explain why that’s not a good idea.

E.J. Dionne Jr.’s June 11 column,”Government is the solution,” turns “Ronald Reagan’s declaration on its head,” and blames “conservatives” for blocking more federal spending that could “heal the economy.” Can someone please send Mr. Dionne to Greece for a few days?

Then there are the “5 Myths About” columns on Sundays. At their best, they correct common misconceptions, but they also serve up howlers.

On May 27, in Stephanie Coontz’s “5 Myths about Marriage,” No. 3 was: “Divorce is harmful for women and children.” Pay no attention to the social wreckage around you, folks. Myth No. 5 was “Married couples are the building blocks of community life.” Perhaps Ms. Coontz might stroll around some urban hellholes where marriage has disappeared. If she survives, she could report on how well everyone is faring.

In “5 Myths about breast-feeding,” on June 3, No. 1 is, “Breast feeding is natural.” Orit Avishai begins the piece in Clintonesque fashion: “It depends on how you define ‘natural.'”

Over in Style, columnist Anna Holmes recounted her joy when a friend confessed to having a “torrid affair with a male colleague for years. …While I tsk-tsked audibly and threw her a disapproving look, inside I cheered. …I felt a perverse sort of triumph in her betrayal, a celebration that [she] was boldly asserting control over her sexual and emotional desires.”

The richest source of lunacy is, hands down, Saturday’s “On Faith” page, edited by former Style columnist and famous person Sally Quinn. The page’s regular columnist is Lisa Miller,
a fountainhead of New Age musings wrapped in Christian garb. Here are a few:
• “A very wise Trappist monk once told me that unless everyone gets to heaven, no one will.” Sounds more like a wise guy dispensing cheap grace.
• “As I pointed out in a 2008 Newsweek article, ‘The Religious Case for Gay Marriage,’ the Bible offers no examples of what might be called ‘the traditional family.'” As the cowardly lion might say, “Not Noah, Not Nobody!”
• “Powerful, vocal Roman Catholics have been much in the news of late, mostly for their hard-line positions on abortion and birth control, and their self-serving rhetoric on the subject of religious rights in the health-care debate.” How selfish of the church to want the government’s boot off its neck.
• “In her book, ‘The Origin of Satan,’ Elaine Pagels shows how from the very beginning, Christians have used the devil to demonize people who were unlike them – ‘first Jews,’ she writes, ‘then pagans, and later dissident Christians called heretics.’ To extrapolate from Pagels, gays can be seen as modernity’s Jews and heretics.” Guess it’s not too late to round up the Christians and rev up the lions.
• “Is the Right Rev. Mariann Budd the woman to save the Episcopal Church? On meeting her, you’d hope so… She is unapologetically liberal, and the way she answers hot-button questions – “I’m in favor of gay marriage, always have been. At this point it’s a no-brainer’ – is bracing….” Well, she’s at least half right.
Virtually every week, the On Faith page is a train wreck. Writing last New Year’s Eve about the Egyptian police’s exposure of a female demonstrator’s blue bra, Ms. Quinn proclaimed, “That blue bra, to me, was the ultimate symbol of women’s power, the one thing that threatens men above all.” She told all women to get one.

My first thought was that Ms. Quinn’s husband, former Post Executive Editor Ben Bradlee, had better get her one for her birthday if he knows what’s good for him. In the same column, she plugged a book that “argues that Mary Magdalene may well have been Jesus Christ’s lover, life companion, ‘soulmate,’ and first among the apostles….if only she’d had a blue bra.”

The next week, Ms. Quinn continued her rhapsody in blue: “The blue bra, for me, has become almost like a talisman or amulet. It keeps away bad feelings. It makes me feel lucky and protected….”

Remember, this is the same person whose “On Faith” page regularly portrays biblical Christianity as retrograde superstition.

On March 3, Ms. Quinn splashed across the top of the page Lisa Miller’s tirade against GOP candidates. Noting that Mitt Romney, Rick Santorum, Michelle Bachman and Ron Paul have large families, Ms. Miller wrote, “The smug fecundity of the Republican field this primary season has me worried. … The romantic idealization of biblically abundant families is a retrograde dream.”

A small-family mother herself, she pulled back at the end: “I am the first person to say children are a miracle, a blessing, a gift from God….”

Right. So, which of these candidates’ children is a curse?
Inquiring readers want to know.

Robert Knight is Senior Fellow for the American Civil Rights Union and a columnist for The Washington Times.