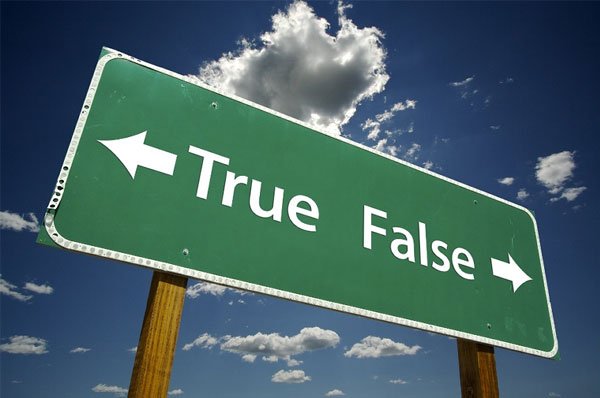 Today’s secular society (and its proponents) has many legends and lies that are treated like sacred cows. Secular-oriented liberals, leftists, atheists, and libertarians often like to spout these legends and lies as a way to cut off debate. Many of these secular sacred cows may sound very good when you first hear them, but a simple rational, logical, factual investigation will show how wrong, irrational and false these imaginary bovines really are.

One of the most destructive sacred cows in modern society is the idea that “there is no absolute truth.”

This myth conception is easily dismissed, because it’s self-contradictory and, hence, completely irrational and false on its face. For example, if someone spouts this nonsense to you, just ask them, “Is that an absolute truth” and “Do you believe it absolutely?” At the same time the person denies the existence of any absolute truth whatsoever, he asserts an absolute truth. Writing, “There is no absolute truth” is as stupid and absurd as writing, “I can’t write a word in English.”

Thus, we can know for absolutely certain that there is at least one absolute truth and probably many more absolute truths on which we can hang our beliefs, or worldview, including our religious and political beliefs. These absolute truths transcend race, sex, class, nation, culture, and ethnicity. Everyone must believe them or accept them.

For example, Two Plus Two Equals Four is an absolute mathematical truth that can’t be denied without descending into total irrationality and error.

There is no such thing as “my truth” and “your truth.” There is only Truth.