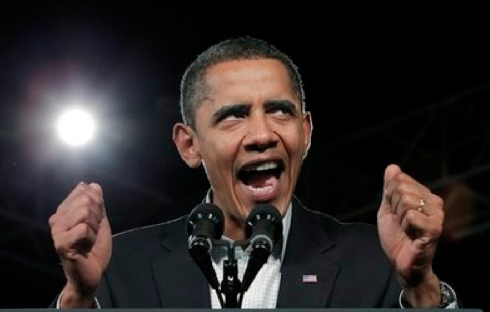 There used to be a phrase for people who became too obsessed with sex and sexual activities, especially bizarre, fringe behavior or unrestrained promiscuity. We called them “sex maniacs.”

That’s clearly what Democratic Party leaders like President Obama and their allies in the mass media and the educational establishment have become in the wake of the “Sexual Revolution” of the 1960s. Not content with dismantling the United States Constitution and Moses and Jesus Christ’s traditional moral hold on the body politic, they have for decades been bullying America’s citizens into accepting not only promiscuous pre-marital sex but also more and more extreme sexual behaviors.

We have seen this inordinate obsession with sexual politics in the promotion of the murder of unborn babies up until birth (these villains never did want to make abortion “rare,” no mater how many lies they keep telling you), lewd “Gay Pride” parades on the public dime, “free” condoms to middle school and high school students, and “same-sex marriage.”

Even Supreme Court Justice Andrew Kennedy (a Republican appointee who’s become a traitor to shill for the Democratic Party and its loony liberal constituents) has become part of this sex maniacs club.

If all this isn’t enough, recently the Democratic-controlled legislatures in Massachusetts and California passed bills to force parents, teachers, school administrators, and schoolchildren to get rid of all distinctions between male and female, even in public restrooms, locker rooms, AND on sports fields. All in the name of making sure sexually confused cross dressers have special “civil rights” and escape all attempts to make a joke about their lifestyle, including a minor joke. Talk about being Anti-Science!!!

Apparently, nothing is too extreme for these murderous Anti-Semitic, Christophobic liberal sex maniacs:

Last week came word that the Chicago Public Schools, following the recommendation of their lawless, lamebrain, lying, liberal loon and “favorite son,” Barack Obama, is now going to teach sex education to 5-year-old children in kindergarten! The most important topic in this agenda? The promotion of the AIDS-infected, sodomous homosexual lifestyle, including “same-sex marriage” and the new Godless, Anti-Semitic, Anti-Christian, radical leftist definition of “family.”

If this isn’t sexual indoctrination, and sexual abuse, of America’s children, what is????

This Godless horrorshow is brought to you by the “progressive” (i.e., “communist”) Democratic Party and their heartless, clueless, mindless minions in the mass media, the teachers unions, the abortion industry, and Corporate America. Meanwhile, the leaders in the Republican Party, and even the Tea Party, stand by and watch.*

America is in flames, people. Satan is not only knocking on the door, he’s busting it down! And, the most vulnerable people of America – it’s children – are the ones most at risk.

As the communist murderer Vladimir Lenin reportedly said, “Give me four years to teach the children and the seed I have sown will never be uprooted.”

* And, you can forget about the loony libertarians, people. They’re often worse on these issues than our crypto-commie leaders in Washington. At least “liberals” like President Obama say they’re doing the things they do for the sake of the children. Many libertarians don’t seem to care about children. Apparently, it has something to do with their obsession with obtaining totally licentious, unrestrained, hedonistic personal “freedom” for adult blockheads.