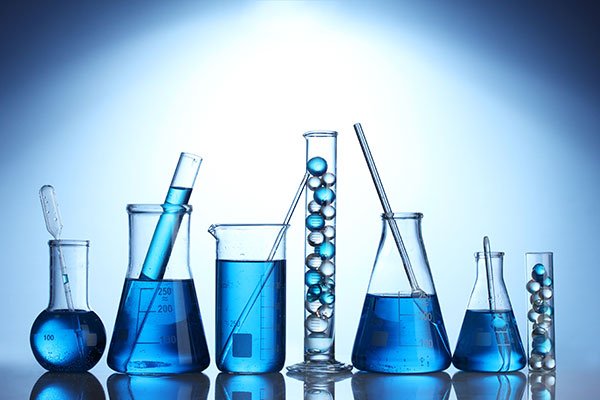 A Pew Research Poll released last week reports that fifty-nine percent of Americans see science and religion in conflict. But they also found that, “highly religious Americans are less likely than others to see conflict between faith and science.”

I’m not a scientist, and I don’t play one on TV. But it’s amazing to me to see how some scientists like to claim that somehow science has disproven God.

Bill Maher: “You talk about the wonder of science probably better than anybody and, of course, it’s a little bit of a difficult mission because the more you explain how wonderful and amazing science is, the more the other side says, ‘Well, yeah, because God did it!’”….

Richard Dawkins: “I think that the wonder of science above all is precisely that God didn’t do it, the wonder, we do understand how it came about, we do understand how life, in particular, came about with nothing but the laws of physics, nothing but atoms bumping into each other, and then filtered through the curious process that Darwin discovered, it gives rise to us and kangaroos and trees and walruses.”

Oh, the glories of science. Now we know better than the ancients, who simply swapped one mystery—the universe—for belief in another mystery—God.

Or do we? G. K. Chesterton (1874-1936) was a great Christian thinker who noted this: “Science must not impose any philosophy, any more than the telephone must tell us what to say.”

He also said, “Reason is itself a matter of faith. It is an act of faith to assert that our thoughts have any relation to reality at all. If you are merely a sceptic, you must sooner or later ask yourself the question, ‘Why should ANYTHING go right; even observation and deduction? Why should not good logic be as misleading as bad logic? They are both movements in the brain of a bewildered ape?’ The young sceptic says, ‘I have a right to think for myself.’ But the old sceptic, the complete sceptic, says, ‘I have no right to think for myself. I have no right to think at all.’”
By using reason, Dawkins concludes that this world is essentially reason-less. His type did not invent science, nor could it have. It takes belief in reason to understand the laws of science—even to agree that there are laws of science. And reason cannot form in the void of random materialism. That is why it is historically true that science was born in Christian Europe.

Alfred North Whitehead said that Christianity is the mother of science because of “the medieval insistence on the rationality of God.” A rational God had made a rational universe, and it was the object of the scientists to—in the words of the great astronomer Johannes Kepler—“think God’s thoughts after Him.”

In the book, What If Jesus Had Never Been Born?, D. James Kennedy and I point out (based on the findings of Henry Morris) that virtually all the major branches of science were invented by Bible-believing scientists, including:

So, are Christians anti-science? Not quite. Science was invented by Christians.

Furthermore, we write: “The prevailing philosophy of the Western world today is existentialism, which is irrational. It would not be possible for science to develop in an irrational world because science is based on the fact that if water boils at 212 degrees today, it will boil at 212 degrees tomorrow, and the same thing the next day, and that there are certain laws and regularities that control the universe.” No rational God, no rational universe.

So, does science somehow disprove God? Not at all. On the contrary, the heavens declare the glory of God.

Jerry Newcombe is an on-air personality/senior producer for D. James Kennedy Ministries. He has written/co-written 25 books, including The Book That Made America, Doubting Thomas (w/ Mark Beliles, on Jefferson), and What If Jesus Had Never Been Born? (w/ D. James Kennedy) & George Washington’s Sacred Fire (w/ Peter Lillback). djameskennedy.org  @newcombejerry