Are You Prepared To Be Martyred? 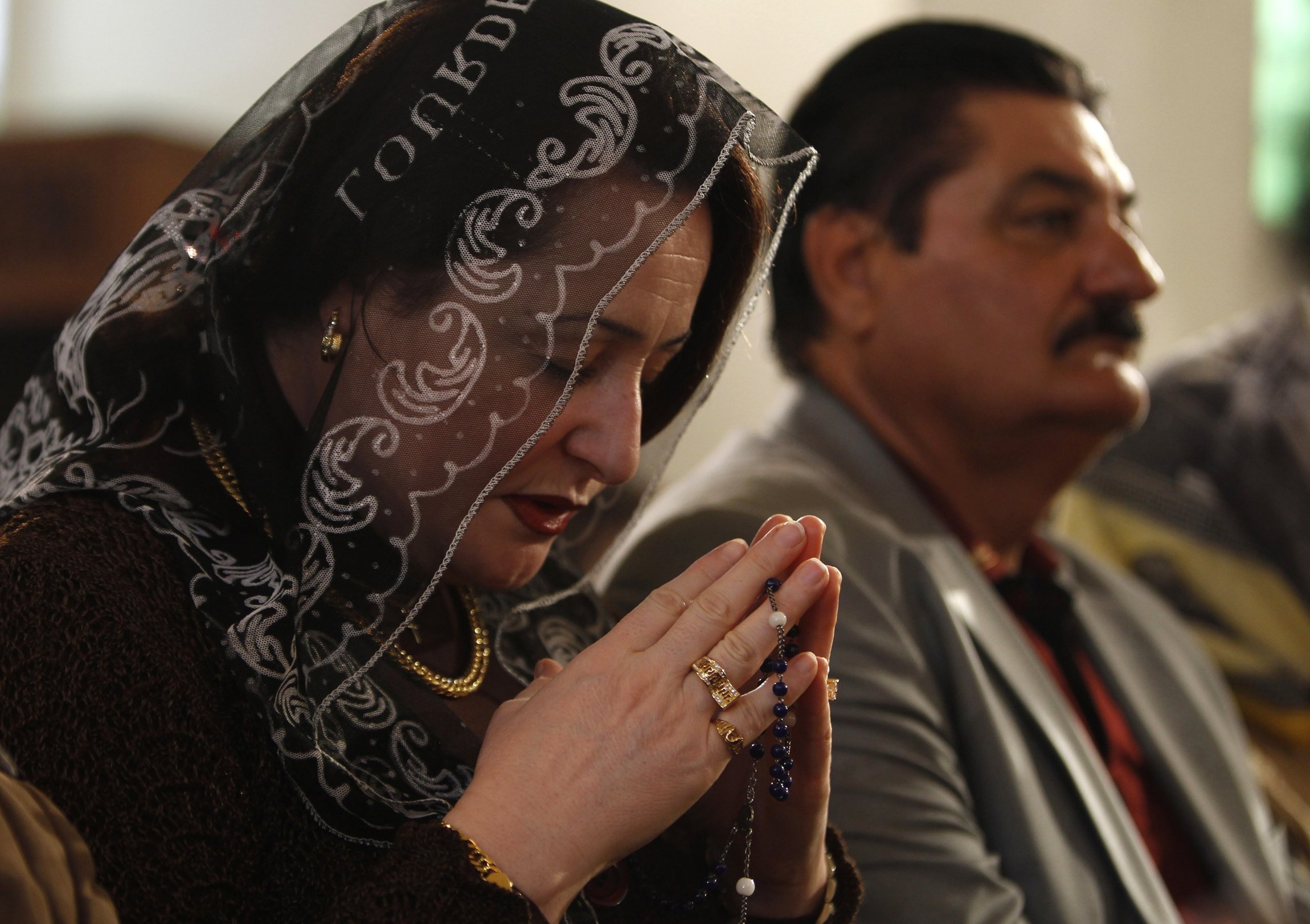 URGENT:  Are You Prepared To Be Martyred?

Culture Watch Publisher Dr. Ted Baehr recently sent me an URGENT prayer request for missionaries in a city in Iraq where children are being killed for refusing to deny their faith in Jesus. My first reaction was to think, “I hate getting these emails. They make me sick and angry. How can this be happening in the 21st Century? What can I do about it? Nothing!”

I received the email just after reading the following in Revelation 6:

“When he opened the fifth seal, I saw under the altar the souls of those who had been slain because of the word of God and the testimony they had maintained.  They called out in a loud voice, “How long, Sovereign Lord, holy and true, until you judge the inhabitants of the earth and avenge our blood?”  Then each of them was given a white robe, and they were told to wait a little longer, until the full number of their fellow servants, their brothers and sisters, were killed just as they had been.”

Could you and I to be among that “full number?”

Our worldview simply doesn’t allow for that. We understand America to be a nation where you’re free to go to church on Sunday, worship God openly and even share your beliefs as you please — without danger.  We’re repulsed to read about Christians being killed for their faith in other countries.

Sure, prayer has been taken out of schools, abortion legalized, sodomy accepted, marriage redefined, and even bakers fined for refusing to bake a cake for a gay wedding, but that’s not martyrdom. Only nutcases see this leading to actual martyrdom. Such a thing would take a long time to get here — right?

In 1929, there was some anti-Semitism in Germany, but Jews were still among Germany’s leading citizens. They included prominent businessmen, scientists, professors and entertainers. In less than 10 years most Jews either fled Germany or died.

While the majority of Americans claim to be Christian, the government and our education system are increasingly hostile to Christianity. The pace of this hostility is increasing.

Europe is currently being invaded by hundreds of thousands of people, a few fleeing ISIS, but 90% Muslim men invading the infidels.

America is not what you think. There are two Americas. There’s the America we know and love, made up of honest, generous people who send missionaries overseas and soldiers to fight Hitler. There’s another America as well. Small in number, but great in wealth and power, they are moving America — and the world — toward a very secular one-world government. Wars and recessions are created to get the masses to accept things like the United Nations and the International Monetary Fund.

The Federal Reserve Bank was created with the promise of stabilizing the economy. Since it’s creation we’ve had the Great Depression and many recessions. It’s now created a bubble of debt that threatens to destroy the dollar and throw the United States into something worse than the Great Depression.

In times of tremendous economic stress, citizens can make bad choices. Politicians can say things like “Let’s make America great again,” and voters get excited. Franklin Delano Roosevelt promised a “New Deal.” He expanded the Federal Government even as the depression deepened. His “solution” was Socialism.

This is a point in Americans history where major social changes could happen rapidly. People must get on their knees and seek God’s help. The alternative is even greater dependence on a very secular, even larger government.

WARNING: Hitler presented himself as a “savior” of Germany and even began with promises to make Germany a more “Christian” nation. A political “savior” can come dressed as an angel of light while being quite the opposite.

We could be in for the greatest revival in American history and the greatest time of persecution ever: at the same time.

There is tremendous news of revival in the Middle East, even as the number of Christians being martyred is on the rise. You cannot read the New Testament without seeing that the church grew while it suffered great persecution. Jesus set the ultimate example.

As Christians we should be in prayer, both for revival and for the strength to stand in the face of persecution. The sad truth is that by surrendering our media and culture to the secular and immoral we have created a society much more open to the persecution of Christians.

Movieguide® and the Christian Film and Television Commission® have encouraged the production of entertainment that honors God and encourages morality, but the trend toward secularism has not been stopped. Wonderful Christian movies are being made, but so are some truly horrible anti-Christian movies and television programs.

The worldview we need is one where we can trust in God, even if our comfortable lifestyle is destroyed. We need a worldview that centers on the cry, “Come Lord Jesus.”