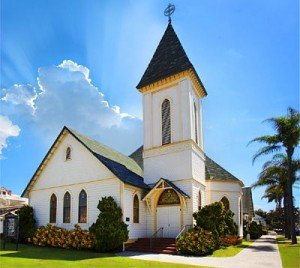 The following talk was given at a pro-life conference by Crusade for Life to which clergy were invited, held at His Nesting Place in Long Beach, CA, a residence for pregnant women.  Crusade for Life is hoping to reach pastors to mobilize them to end abortion with its alleged legality.

Editor’s note: Earle Fox is an Anglican priest living in La Habra, CA. He has spent his life developing Christian apologetics to be able to stand in the public arena, and thinks it can be done because the Biblical worldview is the only logically consistent worldview there is (contra both paganism and secularism). The article, A New Reformation, is focused on the abortion issue (the 6th thesis to be nailed on church doors), but the first five background theses are relevant to many other areas in addition to abortion in the Church’s attempt to deal with (or often to avoid dealing with) our witness in the public arena (economics, politics, welfare, education, etc.).

*** ## ***
Addenda:
Follow references below for abortion not being legal anywhere in America.  Roe v. Wade is not the law of the land:
http://www.theroadtoemmaus.org/RdLb/21PbAr/LifHlth/Abrt/00Abrt.htm#Abortion_Legal   Read articles by three constitutional lawyers: Herbert Titus, Kerry Morgan, Brian Carney, with comments by E. Fox
What does that accomplish?  It gives the truth about the nature of American law, especially the separation of powers.  It shows how the enemy has subverted our own present government, and continues to do so, and shows how we, ignorant of our God-given government, have allowed them to do this.
Law is made in a very narrowly defined way, and in no other, with clear basic principles, the first of which is that law must conform to the law of God, and the second of which is that only the legislature can make civil law.  The president cannot and the courts cannot.  They can give only opinions about law.  The judgements of the courts apply only to the case at hand.
This is an area for pro-lifers to go on the offensive, to challenge the opposition, another powerful talking point.  If abortion is not legal, supporters of abortion lose both the moral and legal high ground.  They may be guilty of, or accessory to, murder — morally if not legally.
An offensive will raise up many supporters now in the wings.  It will help restore the separation of powers and other rightful limitations on the reach of government.

Editor’s Note: See superb free online Hillsdale course on the Declaration of Independence and Constitution – and article by Ronald J. Pestritto, The Birth of Administrative Government, a devastating description of how tyranny is slyly at work among us, at www.hillsdale.edu or at http://www.theroadtoemmaus.org/RdLb/21PbAr/Pl/Cnst/00Const.htm#Constitutional_Subversion
Another resource:  Abortion, the Bible, & America —  at www.EmmausMall.org
For live links to supporting resources, go to http://www.theroadtoemmaus.org/RdLb/21PbAr/LifHlth/Abrt/NewRef-ProLifeHiGd-Conf.htm