Zinn And The Art Of Obama’s Marxism 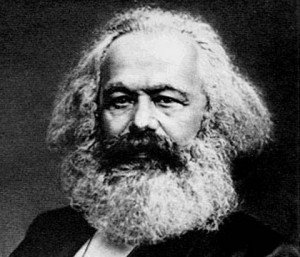 Barack Obama’s Marxism-flash in Roanoke, VA. is still making headlines. Campaigning for the Senate in Boston last week, Harvard Hag Elizabeth Warren reminded us that not only did government build the roads, but also educated the semi-literate workers businesses have to hire.

Only someone who’s spent their adult life in an academic Cloud Cuckoo land would think government did business a huge favor by cranking out public school graduates who need to take off their shoes to do higher math and think the Monroe Doctrine refers to an actress born Norma Jean.

Obama’s you-didn’t-build-that comments were the most telling moment in the campaign so far. The president is bitter and frustrated, due to his inability to run away from Romney in the polls. Hence his off-script spasm in Roanoke, where he sounded like the villain in an Ayn Rand novel:

“Look, you’ve been successful. Look, you didn’t get there on your own.…I’m always struck by people who think, well, it must be because I was just so smart…. It must be because I worked harder than everybody else,” said the man who’s played 100 rounds of golf since taking office.

President Hunsacker continued: “If you were successful, somebody along the line gave you some help…. Somebody invested in roads and bridges. If you’ve got a business — you didn’t build that. Somebody else made it happen…. Government research created the Internet so that all the companies could make money off the Internet.” (If government had invented the Internet, it would operate with the same speed as the U.S. Postal Service.)

Obama’s life has been devoted to making government, from which, he believes, all blessings flow. He was trained to be part of the ruling elite at Columbia University and Harvard Law School, and initiated at the University of Chicago Law School (where he had a teaching position), the Illinois State Senate and the U.S. Senate.

Only someone as arrogant and oblivious as our 44th president would believe this background qualifies him to lecture businessmen (large and small) on why their success is due to the collective. Then again, Marx wrote volumes about what was wrong with capitalism without every setting foot on a factory floor.

Most analyses of Obama’s Roanoke remarks have focused on a defense of entrepreneurs.

What’s missing is the obvious implications. If you didn’t build it, we can take it from you. It’s not theft; it’s restitution. You didn’t build the roads and bridges and Internet. You didn’t educate your workers in government illiteracy factories (but you did get to finance the foregoing through your taxes). So you don’t deserve a six-figure income.

Wealth is theft. Successful businesses are built on the backs of workers. Greed runs a world in need, to paraphrase Obama’s pastor for 19 years.

So let’s tax away their excess profits (essentially, everything). As the president said during the 2008 campaign, “When you spread the wealth around (from each according to his ability?) it’s good for everybody.” Since you didn’t really earn it, we can regulate it to extinction, take it away from you (GM bondholders) and give it to the exploited/downtrodden (unions).

Obama’s prescription for socialist justice has been a roaring success in Russia, Mao’s China, North Korea and Cuba. Obama would understand this if he bothered to read economics (other than Paul Krugman’s New York Times fantasies) or if he read any history, besides “The People’s History of the United States.”

As a campus conservative, I fought against the bolshie brats who thought businessmen didn’t build it, so restitution — to workers, welfare recipients and oppressed minorities — was the only moral course.

I took two political sciences courses from Howard Zinn (also my faculty advisor) author of “The People’s History of the United States,” revisionism’s all-time bestseller, with over 1 million copies in print.

Zinn was the leader of the campus cong during the era of protest. He made a pilgrimage to North Vietnam with Daniel Berrigan. Author Alice Walker, another doctrinaire leftist, recalls once hearing Zinn say, “I stand to the left of Mao.” He supported race riots in Roxbury and elsewhere, while safely situated in Newton, an upper-class Boston suburb.

In 25 years of teaching at Boston University, he filled empty craniums with Marxist mulch, while rich alumni paid his salary.

Davis was both less and more successful than Zinn. The former was never a tenured professor, never wrote an influential tome, and never attracted celebrity followers like Matt Damon (whose character recommended “The People’s History” to Robin Williams in the 1997 movie “Good Will Hunting”).

But Davis was a formative influence on Barack Obama. The president’s maternal grandfather, Stanley Armour Dunham, arranged for Davis to mentor the young Barack from 1971-79. In “Dreams From My Father,” Obama identifies this seminal influence on his formative years only as “a poet named Frank.” Even in the mid-1990s, Obama understood that the association would be a liability to an aspiring politician.

Like Zinn in the 1960s, Davis wanted fair play for Fidel.

I know where Obamaism began — with ‘60s whack-jobs like Zinn and Barack’s buddy Bill Ayers. And I know where it leads. In 1998, I spent a week in Havana.

You can read about the repression (100,000 who’ve spent time in labor camps, 16,000 political executions). You can read the economic stats — average salary, $18 U.S. per month, lowest per capita caloric consumption in the hemisphere, sugar harvests approaching the 1933-level, fewer than 9% of homes with a telephone, 93% of Cubans working for the state. (Obama must be envious.)

But you have to spend time there to really understand how Castro has destroyed the lives of generations of Cubans. When I was in Havana, food rations included six eggs and two pounds of fish — per person, per month.

Doctors bicycled to and from work. I spoke to a neurosurgeon who was fired from the hospital she founded for refusing to treat more medical tourists at the expense of ordinary Cubans. The doorman at my hotel was a civil engineer who could earn more in tips in a day than working at his profession for a month. That’s the genius of collectivism — turning engineers into doormen.

Men and women in their twenties would come up to me on the street and quietly ask if I was an American. When I said yes, they pleaded with me to help get them out of Cuba.

In the course of my stay, I interviewed Gustavo Arcos Bergnes, who fought with Fidel in the Sierra Madre and served as Castro’s first ambassador to Belgium, until he discovered that El Maximo Leader intended to turn the island into a gulag. Arcos was eventually imprisoned for three years for “counterrevolutionary” activities and later became active in the Cuban Committee for Human Rights.

When I met the old man, he was living in a one-room apartment with Michael Jackson — the pet parrot he’d taught to moonwalk.

“But you were one of Castro’s closest confidants, didn’t you know he was a communist?” I asked. “Are you kidding? In the Sierra Madre, he wore a crucifix around his neck,” the dissident replied.

In 2008, Obama was going to bring us all together, heal our racial wounds, give us an economy that really worked and get the world to love us. He was the harbinger of hope and change.

After 3 ½ years of trillion-dollar deficits, the highest sustained unemployment since the Great Depression, the GM-takeover, nationalized health care, spreading the wealth around, and class-warfare rhetoric, we won’t be able to say we didn’t know this time around.

Don Feder is a former Boston Herald writer who is now a political/communications consultant. He also maintains his own website, DonFeder.com.