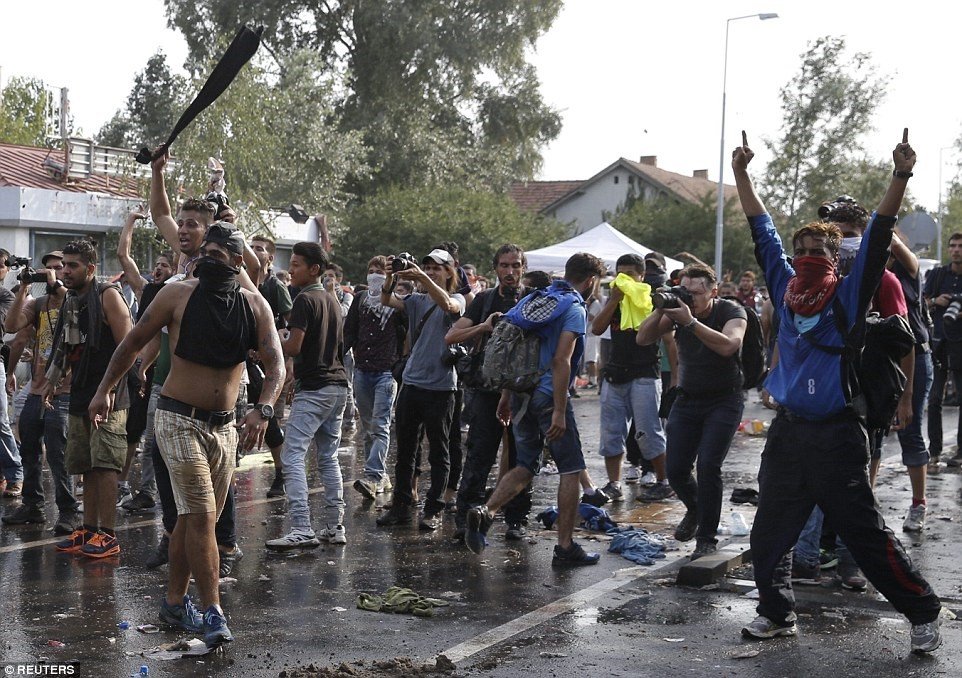 The media creates the culture that forms society.

The national and international press is filled these with tales about hordes of “refugees” from North Africa and the Middle East, who are apparently fleeing the violence generated by Muslims and socialist tyrants like the Assad of Syria and Putin of Russia.

In the first place, who told these people that they could just pack up and invade Europe, including Scandinavian countries in the far north, much less countries like the United States of America?

In the second place, many of these “refugees” look like rowdy young men pictured in the above photo from Reuters, not victims.

In the third place, “journalists,” much less our elected leaders, are saying little or nothing about the religious or cultural backgrounds and beliefs of these invaders. Are they Muslims? Are they Christians persecuted by Muslims? Do they believe in Sharia Law? Are they learned people or people with highly developed technical skills? Do they even speak the languages of the countries where they want to go?

Middle Eastern countries and countries like Libya in North Africa have abundant oil deposits and reserves. Why can’t these countries do what Jordan seems to be doing and provide these people with safe havens in which to live? Or, why can’t they give lots of money to Jordan, the country that seems to be suffering the most when it comes to providing for these people?

Whatever the case, it’s time for the “news” media, and our politicians and political candidates, to start calling these immigrants what they truly are – unwelcome invaders who are the point of the spear for Islamofascist and socialist conquest.

And, if some of these invaders are actually radical Muslim terrorists and/or supporters of socialist tyranny, let’s find that out as soon as possible!

Comments are closed, but trackbacks and pingbacks are open.