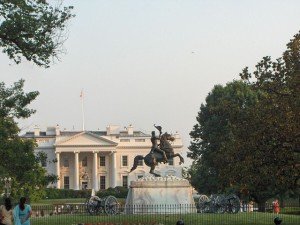 The coalition will hold a major rally in Lafayette Park right across from the White House all day Tuesday, Nov. 19, starting at 10 a.m., according to Larry Klayman, the founder of Judicial Watch and Freedom Watch and an organizer of the “Reclaim America Now Coalition.”

Klayman said the rally is designed to protest Obama administration’s continuing failure to take into account and redress the grievances of the American people. The demonstration will also address President Obama’s cover-up of various scandals, including the growing NSA scandal and the scandal showing the IRS, on orders from the White House, targeted Christian and conservative groups to suppress their voter turnout in 2012.

“Our country is headed into a potentially fatal downward spiral, under the tyrannical control of a hostile government that no longer represents We the People,” Klayman asserted.

“I call on all patriots – Democrats, Republicans and others – to peacefully descend on Washington D.C. on the 19th en masse, and reclaim our freedoms promised to us in our Constitution, the same Constitution that the Obama administration so frequently violates.”

Klayman concluded, “We the People have had enough of the corrupt and incompetent ways of the Obama administration and its bi-partisan political enablers. It’s time for action, not words.”

A list of demands of legitimate grievances will be presented to President Obama and other government leaders that they can either address and remedy or be called upon to resign from office.