Pres. Obama and the Politics of Lying 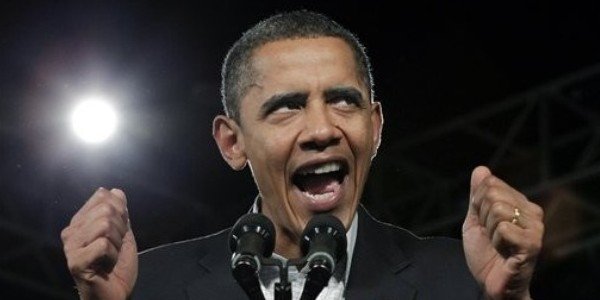 Editor’s Note:  William J. Federer is the author of “Change to Chains:  The 6,000 Year Quest for Global Control” and “What Every American Needs To Know About the Quran:  A History of Islam and the United States.”

“If you like your health-care plan, you can keep it. Period.” – President Barack Obama.

Americans are stunned by the president’s disregard for his promise.

This makes perfect sense, though, when one reads the popular political handbook written by Niccolo Machiavelli in 1515 titled “The Prince”:

“A wise ruler ought never to keep faith when by doing so it would be against his interests.”

“A prince never lacks legitimate reasons to break his promise.”

Machiavelli explained how people are inclined to believe lies from their leaders:

“One who deceives will always find those who allow themselves to be deceived.”

“Men are so simple and so much inclined to obey immediate needs that a deceiver will never lack victims for his deceptions.”

“Men are so simple and yield so readily to the desires of the moment that he who will trick will always find another who will suffer to be tricked.”

Machiavelli taught that “the end justifies the means.” If a leader is convinced his “end” is good, any “means” necessary to achieve that end is permitted:

“Politics have no relation to morals.”

“No enterprise is more likely to succeed than one concealed from the enemy until it is ripe for execution.”

“It is double pleasure to deceive the deceiver.”

“One change always leaves the way open for the establishment of others.”

“Whosoever desires constant success must change his conduct with the times.”

“I’m not interested in preserving the status quo; I want to overthrow it.”

As Americans are awakening to the realization that a Machiavellian leader could actually lie to them, they may be curious to read how Machiavelli instructs a leader to treat his opponents:

“If an injury has to be done to a man, it should be so severe that his vengeance need not be feared.”

“Severities should be dealt out all at once, so that their suddenness may give less offense; benefits ought to be handed out drop by drop, so that they may be relished the more.”

“The new ruler must determine all the injuries that he will need to inflict. He must inflict them once and for all.”

“Men ought either to be indulged or utterly destroyed, for if you merely offend them they take vengeance, but if you injure them greatly they are unable to retaliate, so that the injury done to a man ought to be such that vengeance cannot be feared.”

“Men should be either treated generously or destroyed, because they take revenge for slight injuries – for heavy ones they cannot.”

“Whoever conquers a free town and does not demolish it commits a great error and may expect to be ruined himself.”

Are people beginning to fear government? Machiavelli recommended a leader make that happen, too:

“Since it is difficult to join them together, it is safer to be feared than to be loved when one of the two must be lacking.”

“It is better to be feared than loved, if you cannot be both.”

“It is much more secure to be feared than to be loved.”