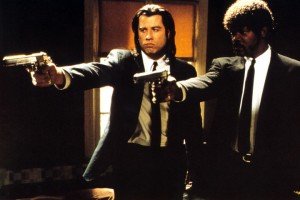 The critics and naysayers are upset. They don’t like it when we, or people like Gov. Mike Huckabee and the Rev. Franklin Graham, say that the rejection of God, Jesus, the Bible, and God’s Law is a far bigger problem than the proliferation of guns.

One Christian critic even called us “legalistic” for suggesting this.

However, calling for more faith and values in our cultural environment isn’t legalistic but actually promotes the right balance between Law and Grace while preaching the Gospel of Grace. Paul himself writes in Galatians 5:6 (often considered THE epistle on salvation by Grace through Faith) that “the only thing that counts is faith expressing itself through love.” Note here how Paul links simple faith with a simple work: the expression of love.

Of course, legalism isn’t the only heresy when it comes to the subject of Law and Gospel. The opposite heresy is antinomianism, or lawlessness. And, Paul warned about that one too in the Book of Romans. In fact, it often seems to us that antinomianism has become a greater problem in today’s churches than legalism. As Paul says in Romans 6:15, “What then? Shall we sin because we are not under law but under grace? By no means!”

Thus, shouldn’t we “train up a child in the way he should go,” as Proverbs 22:6 urges? Shouldn’t we teach children to be more kind, less violent and more loving in general? And, don’t we want to educate them in how to use the mass media in a way that honors the Gospel of Jesus Christ?

Also, why do people seem to presume that the increasing rejection of God, faith, and biblical values in our society, especially by young Non-Christians (according to pollsters like Gallup and Pew), have nothing to do with society’s capacity for cruelty, debauchery, and callousness? Shouldn’t we preach the Gospel to Non-Christians? Shouldn’t we teach them about sin and evil so that they will repent and turn to God through Jesus Christ, by the power of the Holy Spirit?

Without a personal relationship with Jesus Christ through the power of the Holy Spirit, however, a person has no reliable divine foundation for his or her expression of love.

One critic noted that violent crime has been decreasing in recent years.

However, though violent crime in many cases has indeed decreased in recent years, it’s still higher than it used to be. Also, some of the violent crimes are more egregious, the massacre in Newton being one of the worst of examples. Furthermore, although the murder rate has decreased since 1960, the overall violent crime rate per 100,000 people has increased from 160.9 incidents in 1960 and 162.3 incidents in 1962 (the year the Supreme Court outlawed voluntary prayer in public schools) to 386.3 incidents in 2011, according to the Uniform Crime Statistics from the FBI – http://www.disastercenter.com/crime/uscrime.htm. Also, the number of aggravated assaults has increased from 86.1 in 1960 to 241.1 in 2011. In fact, we would allege that the recent decreases may be at least partly due to the efforts of people like those at Movieguide and its supporters to alert the general population, and especially people of faith, about the negative impacts of media sex and violence, as well as direct them to entertainment choices that may be more redemptive, more uplifting, more family friendly, and less callous.

Non-Christians aren’t the only ones who succumb to the negative effects of gratuitous, graphic, or callous violence in the mass media. Both Christians and Non-Christians can be affected, especially when the mass culture, or large portions of it, becomes more and more hostile not just to Jesus or God, but also to the Bible, biblical morality, church, the Holy Spirit, and religion. Also, we are all affected when the “news” media neglects to cover some issues because those issues (like the increasing rates of unwed pregnancies in our society ever since activist courts decided pornography shouldn’t be outlawed but prayer in public schools should be, or like the decrease in gun crimes in areas where people are allowed to carry concealed weapons) don’t fit their antinomian bias.

In light of all this, the focus on gun ownership and gun control strikes us as a huge red herring.

Thus, the new atheism running rampant in major parts of our society seems to teach (if stretched to its logical conclusion) that people are just soulless meat machines. It also seems to replace Jesus and His church with government. That’s why everyone should read George Washington’s Farewell Address about the vital importance of religion and morality.

In referring to these issues, we weren’t calling all Non-Christians soulless meat machines, as one person claimed. Instead, we were speaking about one of the evil spirits of our increasingly secular age. This dark spirit seems to be one of the major factors that have led to the high level of darkness and brutal violence we still see in too many of today’s movies.

It’s not legalistic to discuss this problem in this way. In fact, it’s actually a partial fulfillment of what the Apostle Paul writes in Philippians 4:8,9:

“Finally, brothers and sisters, whatever is true, whatever is noble, whatever is right, whatever is pure, whatever is lovely, whatever is admirable – if anything is excellent or praiseworthy – think about such things. Whatever you have learned or received or heard from me, or seen in me – put it into practice. And the God of peace will be with you.”

This is also why Movieguide® tries to both expose “the fruitless deeds of darkness” (Ephesians 5:11) and “commend those who do right” (1 Peter 2:14) in its reviews.

All these things are just part of the fulfillment of Christ’s command in Matthew 28:18-20 to “make disciples of all nations, baptizing them in the name of the Father and of the Son and of the Holy Spirit, and teaching them to obey everything I have commanded you.” But, they are a vital part.