Religion Makes You Healthy, and Wise 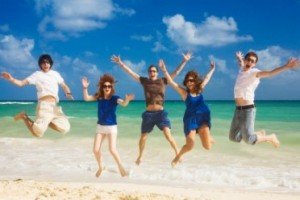 According to a Gallup-Healthways Behavior survey, very religious Americans score a 66.3 compared with 60.6 and 58.3 for those who are moderately religious or nonreligious, respectively.
This analysis, based on more than half a million interviews, is statistically noteworthy considering it was controlled for significant factors such as age, race, region, and ethnicity.
For this analysis, the interviewees’ degree of religiousness was based on his or her answers to two questions about the importance of both church attendance and religion.

• Very Religious – Religion is an important part of daily life and church/synagogue/mosque attendance occurs at least every week or almost every week. This group constitutes 43.7% of the adult population in the U.S.

• Moderately Religious – All others who do not fall into the very religious or nonreligious groups but who gave valid responses on both religion questions. This group constitutes 26.6% of the adult population.

• Nonreligious – Religion is not an important part of daily life and church/synagogue/mosque attendance occurs seldom or never. This group constitutes 29.7% of the adult population.
Those in the “very religious” group make the healthiest choices across all four of the Healthy Behavior Index metrics, including regular exercise, healthy eating and smoking. Interestingly, nonreligious Americans are 85% more likely to be smokers than their more religious counterparts.

In other words, religion may not make you wealthy, but it apparently does make you healthy and wise.
– Source: Gallup, 12/23/10.