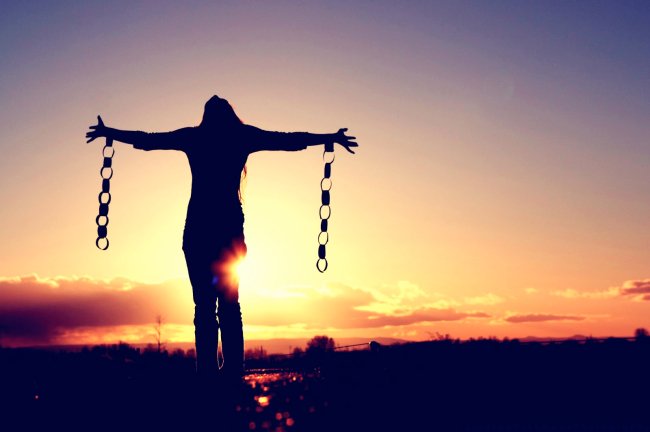 By David Outten
Every word you say and every action you take is a reflection of how you understand the world you live in, your worldview. To understand America, you must have some appreciation for freedom. Our Constitution supposedly guarantees freedom of speech, religion, the press, assembly, and gun ownership. It implies the freedom to own property, pursue the occupation of your choice, and move freely about the nation. We think of freedom as a fundamental part of being American.

There are two opposite perspectives on this freedom. This clash impacts all our lives. It impacts you, your family, your neighborhood, your nation, and the world. Your perspective on this core freedom can change from one direction to the other.

One side seeks freedom to “sin” and is irritated by the presence of people who consider it “sin.” They see true freedom as public acceptance of their pursuit of whatever their heart desires. The other side sees the world as filled with immorality. They see freedom as a state where worldly lusts no longer appeal to them.
Which of these perspectives you hold will impact how you treat other people.
Do you see members of the same or opposite sex as objects of lust? Do you see life as an opportunity for gratification? Do you believe you were born to pursue gratification regardless of the type of gratification you prefer? If so, you probably see freedom as being accepted regardless of your personal preferences.

Do you wish you didn’t desire some kind of behavior you do desire? Do you wish you could quit using drugs, alcohol or pornography? Do you wish you didn’t get angry as easily? Do you wish you no longer felt in bondage to bitterness, greed or pride. Would your heart’s desire be freedom from all these natural “earthly” desires? If so, you probably see freedom as being free from the bondage of sin.
Do you live in a family pursing freedom to sin or freedom from sin? What is the prevailing pursuit of freedom in your neighborhood? In your country?
If the prevailing pursuit is for worldly freedom, you’ll see more vulgarity, sex, drugs, violence, dishonesty, scams, and crime. If the prevailing pursuit is righteousness, you’ll see more civility, kindness, honesty, integrity, generosity, and self-control.
Imagine looking at real estate brochures: one for an apartment in a drug-infested slum with adult book stores and bars, and the other for a landscaped home in a gated suburban neighborhood with private schools and churches. Which would you prefer?

Bars, adult books stores, and drug dealers circling the neighborhood exist to serve people who desire freedom to sin. Churches and private Christian schools exist to serve people who want freedom from sin.
Those who blame the people who live in the gated suburban communities for the plight of those who live in the urban ghettos need to consider which kind of freedom is being sought where. The more that people in the suburbs seek freedom to sin, the worse the suburbs are going to get. The more that people in urban America seek freedom from sin, the faster inner cities will improve. It should come as no surprise that unwed births, crime rates, and poverty are greater in communities, or nations, where the pursuit of freedom to sin prevails.

Children are presented with countless appeals to stand for the freedom to sin. They’re being told discrimination against immorality is cruel and unkind. They’re being told the problems of the inner city are the result of discrimination and insufficient funding of schools and government programs. They’re being bombarded with media making sex outside of marriage look natural and enjoyable. Girls are encouraged to associate their self-worth with how sexy they can appear. Boys are learning that girls exist for their pleasure. Our president declares days honoring assorted forms of sex outside of marriage.
In reality, life on earth is but a blip. There are alternative eternities. In one, called heaven, there is complete freedom from sin. There are no longer any temptations. Kindness, civility and love are witnessed without interruption. There is no profanity, no anger, no lust, no jealousy. It is Heaven. It’s what God wanted for mankind all along. It’s what God would like to see more of on earth today.
The alternative eternity is punishment. Eternal punishment. It’s not a matter of God being mean or getting revenge. It’s the natural consequence of sin experienced for eternity. Rather than excitedly looking for the day when sinners get to burn in Hell, Christians are commanded to rescue those headed in that direction. When someone repents, asks for God’s forgiveness, and is “born again” by the power of the Holy Spirit, their worldview is transformed from a burning desire to sin to a burning desire for righteousness.

Far from being judgmental, the true Christian’s heart aches for those who believe sin is good. Many Christians have been rescued from pornography, drugs, alcohol, gambling, and other lusts they once felt helpless to control. Some are still in the in the process. When a decision is made to reject sin, seek God’s forgiveness and pursue his righteousness, a lifetime of memories and habits must be transformed. The world around you does not stop trying to sell you more sin.

The belief that the ultimate freedom is freedom from sin is a core value you must consciously pursue or sin will pull you back into bondage. Christians are not perfect. They are people who recognize God’s perfection as their target and seek God’s help daily in moving in that direction.
Which freedom do you want: the freedom to sin without judgment or freedom from the lure of sin? Would you rather live in a neighborhood pursuing sin or righteousness? Would you prefer an eternity free of sin or one experiencing the reward of sin?

The media you watch, the politicians you elect and the schools you pay for will impact the world you, your children and grandchildren live it. It will even impact where many children spend eternity.
Do you want to see more drugs legalized, more gambling facilities built, more pornographic websites offered and more sex education classes teaching non-discrimination? What you promote or oppose will be determined by the kind of freedom you desire to see. What’s your worldview?.