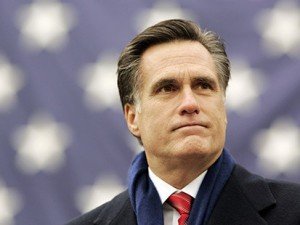 With all of the discussion on Reverend Robert Jeffress’s statement that Mormonism is a cult, I agree with him. Mormonism fits the definition of a cult. As a former Mormon Bishop’s daughter and a former Temple Mormon wife, I can attest to the facts herein.

According to the Random House dictionary, a cult is a particular system of religious worship, esp. with reference to its rites and ceremonies; a group or false sect bound together by veneration of the same thing, person, ideal, etc; a religion or sect considered to be, unorthodox, or extremist, with members often living outside of conventional society under the direction of a charismatic leader; the members of such a religion or sect.

Let us break down each section of the definition of a cult, as it relates to the religion of Mormonism:
“A particular system of religious worship, exp. With reference to its rites and ceremonies;”:

Mitt Romney has participated in the secret Mormon Temple ceremonies throughout most of his life. In these ceremonies, he has

• made physical signs of slashing his throat by placing his right thumb to his left ear, dragging it around his neck to the right ear, symbolic of “suffering his life to death” if he reveals the secret blood oaths, covenants and rites he agreed to therewith.

• made physical signs of holding his right hand up, clasping a symbolic knife and taking the knife down to the left of his abdomen, violently pulling the knife to the top of his right shoulder, then holding the knife out to his right side, turning his hand downward allowing it to fall to the ground, then holding both of his arms out to the sides and bending his body forward symbolic of his guts spilling on to the ground if he revealed the secret blood oaths, covenants and rites he agreed to therewith.

There were many more frightening secret handshakes and blood oaths taken by Mitt and his wife, Ann. To see the full authentic version of the secret temple ceremonies they attended, participated in and made blood oaths in agreement to, you may go here: http://packham.n4m.org/endow84.htm . It is also important to note that these ceremonies have been changed several times due to their exposure on the internet. Mitt Romney started going through and participating in these ceremonies at the very young age of 19 as he embarked on his two year mission for the Mormon Church.

“a group or false sect bound together by veneration of the same thing, person, ideal, etc; a religion or sect considered to be, unorthodox, or extremist, with members often living outside of conventional society under the direction of a charismatic leader”

• These same founders practiced polygamy under this Mormon principal.

• The Mormon Church to this day has a “prophet” at the head of the church. The leaders of the church are the Prophet and his two counselors, the 12 apostles and the council of the 70’s.

“the members of such a religion or sect”
• Mitt Romney is a member of such a religion or sect.
The most outrageous fact the media is not bringing to the American people is the reality that Mitt Romney truly believes that when he dies, if he has kept his blood oaths and covenants to the Mormon Church, he will become a literal GOD in his next life. He also believes that he will be given his very own planet/kingdom in which he will call his wife, Ann, into by her secret name given to Mitt in the temple ceremony. On Mitt’s planet, he and Ann will have relations to populate it with spirit children.

Mitt Romney has sworn in the secret Mormon Temple Ceremonies to the Law of Consecration: “to consecrate yourselves, your time, talents, and everything with which the Lord has blessed you, or with which he may bless you, to the Church of Jesus Christ of Latter-day Saints, for the building up of the Kingdom of God on earth and for the establishment of Zion.”

This is extremely important because if Mitt Romney absolutely must obey the religion of Mormonism and the Prophets of the Mormon Church first, before his allegiance to our country. His very eternal exaltation to godhood depends on it.
Furthermore, the Mormon Church teaches that the Kingdom and Government of God will be enacted from the Garden of Eden, located in Jackson County Missouri. Mormon Prophet Bruce McConkie stated “During the millennium the church will have the rule and the government of the world given to it”.

I think we can all agree that it is important that the leader of the free world possesses the ability to discern fact from fiction. Otherwise, if he has lived a life of deception, we can conclude that he will continue to be deceived and that his judgment may be distorted. Because the wisdom, judgment and discernment of our President may be crucial to our survival, would it not be prudent to examine his fundamental foundation and beliefs? And if his beliefs are distorted, why would it not be critical to our existence to protect our country from being placed in the hands of such a person?

###
Editor’s Note: Tricia Erickson, (a Christian Conservative) was the first Damage Control/Crisis Management Specialist in the country, as stated by Barbara Walters on the show “20/20”. Tricia is also a political consultant and on-air contributor. She has opined on many local and national news and entertainment TV and radio shows/networks. She is also the author of the new book “Can Mitt Romney Serve Two Masters? The Mormon Church Versus The Office Of The Presidency of the United States of America.”

Tricia purposely became less active on-the-air in recent years and has not necessarily sought to participate in on-air interviews. However, because of the concern in her heart that for the first time in history, a prominent Mormon could achieve the Office Of The Presidency, she feels a responsibility to educate the public, both in the US and abroad, regarding what this potential Mormon President could truly mean for America. She is an expert on the well-masked cult of Mormonism and a former Mormon Bishop’s daughter who left the church in her mid 20’s.

From a political stand point, she believes it is imperative to reveal the facts on Romney’s political record, in opposition to what the Romney camp will shift the voters to believe in order to achieve the Presidency.
We have by now experienced with the current President Obama what smooth words and entertainment imagery, as opposed to substance, can bring to the highest office in the land. Will we make the same mistake again?