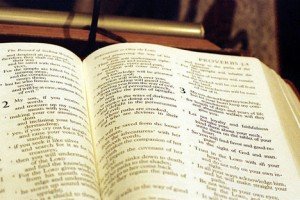 What does the Bible, the fully inspired and inerrant Word of God, say about government and politics, including the modern social welfare state, public education, ownership of private property, and helping the needy?

Proverbs 8:15, 16 of the Bible, the inspired Word of God, says that governments should use wisdom to rule and to make laws that are just. Proverbs 17:7 says rulers also should not lie. Proverbs 20:26 says wise rulers always try to punish the wicked. Proverbs 28:2-4 and 29:4 urges rulers to maintain order justly, to follow God’s moral code and to avoid oppressing the poor.

Furthermore, both Romans 13:3-6 and 1 Peter 2:13-15 say that government officials, whether elected or not, are ministers and servants of God who punish and restrain wrongdoers and who commend or praise those who do good works according to God’s transcendent moral code revealed in the Holy Scriptures, the Bible. Government officials must do these things whether or not the people believe in God or the Bible.

The Tenth Commandment in Exodus 20:17 protects private property by commanding people not to covet their neighbor’s house or belongings. Exodus 23:3 says, “Do not show favoritism to a poor man in his lawsuit.” Exodus 23:6 says, “Do not deny justice to your poor people in their lawsuits.” Leviticus 19:15 says, “Do not pervert justice; do not show favoritism to the poor or favoritism to the great, but judge your neighbor fairly.” Also, Exodus 22:21 orders believers not to mistreat or oppress aliens living among them, but Lev. 18:26 also says the aliens living among us, including immigrants, must obey God’s laws, including God’s Justice. Finally, in Deuteronomy 16:18-20, Moses tells all the people of the Nation of Israel, “Appoint judges and officials for each of your tribes in every town the Lord your God is giving you, and they shall judge the people fairly. Do not pervert justice or show partiality. Do not accept a bribe, for a bribe blinds the eyes of the wise and twists the words of the righteous. Follow justice and justice alone, so that you may live and possess the land the Lord your God is giving you.”

In other words, private property must be respected and forms of socialism, fascism, Communism, or Marxism that do not respect private property are evil or immoral. Also, the people should elect local government leaders, but those leaders must obey the moral laws of God, including God’s principle of equal justice under the law. Under such divine justice and morality, leaders who deny equal justice to the rich or the poor, and leaders who steal or who take bribes, are condemned. Thus, leaders must not oppress the poor, the rich, or the middle class, but neither should anyone get any special favors, including aliens or immigrants!

The Hebrew Scriptures condemn adultery, homosexual behavior, premarital sex, and incest. In Mark 7:20-23, Jesus calls all sex outside of marriage (also known as unlawful sex) evil, and compares such evil to murder, theft, deceit, slander, arrogance, envy, and greed, which are also evil. Thus, premarital sex, adultery, homosexuality, incest, and bestiality are all evil, and all people, including all government leaders, should not promote such evil.

Regarding government, Proverbs 16:10 also says, “The lips of a king speak as an oracle, and his mouth should not betray justice.” Proverbs 16:12 says, “Kings detest wrongdoing, for a throne is established through righteousness.” Proverbs 17:7 says, “Arrogant lips are unsuited to a fool — how much worse lying lips to a ruler!” Proverbs 20:18 says, “Make plans by seeking advice, if you wage war, obtain guidance.” Proverbs 20:26 says, “A wise king winnows out the wicked; he drives the threshing wheel over them.” Proverbs 20:28 says, “Love and faithfulness keep a king safe; through love his throne is made secure.” Proverbs 28:3 says, “A ruler who oppresses the poor is like a driving rain that leaves no crops.” Proverbs 28:16 says, “A tyrannical ruler lacks judgment, but he who hates ill-gotten gain will enjoy a long life.” Proverbs 29:4 says, “By justice a king gives a country stability, but one who is greedy for bribes tears it down.” Proverbs 29:12 says, “If a ruler listens to lies, all his officials become wicked.” Proverbs 29:14 says, “If a king judges the poor with fairness, his throne will always be secure.”

Furthermore, in 1 Samuel 8:7-18, God directly tells the people of Israel that big government and taxes of 10 percent or more are A SIGN OF TYRANNY (see Gary DeMar’s “Ruler of the Nations: Biblical Blueprints for Government,” Ft. Worth, Texas: Dominion Press, 1987)! God strongly indicates in that passage that the people of God should oppose such high amounts of taxation. That passage also frowns on big government of any kind, including large standing armies.

In Deuteronomy 6:4-9, God gives jurisdiction of a child’s education to his parents, not to the local church and especially not to government.

The Bible also says, in Deuteronomy 14:28, 29, Numbers 18:24, Matthew 6:1-4, and 1 Timothy 5:3-16, that help for the poor should come first from their own families and only then from individuals, churches, and private charities. For example, in 1 Timothy 5:8, Paul says, “If anyone does not provide for his relatives, and especially for his immediate family, he has denied the faith and is worse than an unbeliever.” Also, Paul tells us in 1 Thessalonians 4:9-12 “not to be dependent on anybody.” Furthermore, he writes in 2 Thessalonians 3:6-15, that people should work for their own living and not be dependent on others, saying, “If a man will not work, he shall not eat.”

Thus, nowhere in the Bible’s discussion about poverty and work does God obligate the government to take care of the poor and needy by using the taxes that it forcibly collects!

Finally, the Bible also has some things to say about self-government. For example, it condemns laziness and praises hard work and kindness, especially kindness to the needy. Proverbs 10:4 says, “Lazy hands make a man poor, but diligent hands bring wealth.” Proverbs 14:23 says, “All hard work brings a profit, but mere talk leads only to poverty.” Proverbs 14:21 says, “He who despises his neighbor sins, but blessed is he who is kind to the needy.” The basic principle for such charitable giving is established in Deut. 14:28,29, where God commands His people to give one third of all their tithes to charity to needy widows, orphans and poor people. Even then, the money was not given just to anyone who showed up to get it. Those who are able to work but don’t work, do not qualify for such help (2 Thess. 3:10). Also, those who have families to take care of them don’t qualify, nor do widows under age 60 qualify, according to 1 Timothy 5:3-16. Furthermore, Jesus Christ says in Matthew 6 that when believers give individual charity, they should give such charity secretly:  “Do not let your left hand know what your right hand is doing.”