It’s now official policy in Massachusetts:  Adults holding traditional values will no longer be allowed to adopt or be foster parents.

On May 15, 2013, the Boston Bar Association held a forum with the Mass. Department of Children and Families (DCF) and the Mass. Commission on LGBT Youth. The DCF speakers confirmed that they are “weeding out” adoptive and foster parents who are not willing to wholly accept and support LGBT (lesbian, gay, bisexual, or transgender) self-identification by a child in their care.

The general topic of the evening was the growing number of LGBT youth needing foster care. The hour-long event can be seen on YouTube. (Video credit: CatchoftheDay Video News.) 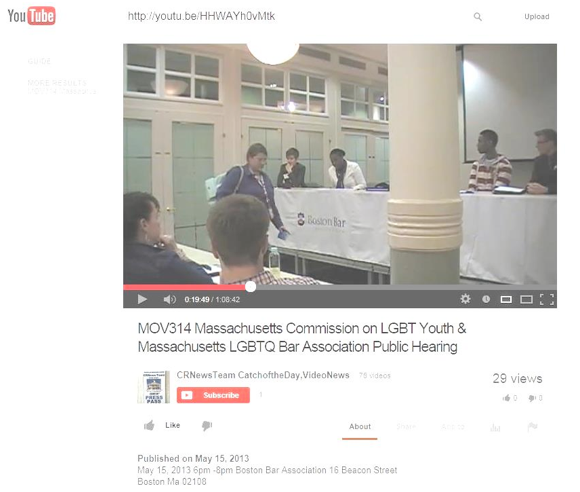 The shocking admission of the DCF’s discriminatory policies towards traditional parents comes in the last few minutes of the video.

Summary of major points at the forum

Erika Rickard, Vice Chair of the Mass. Commission on LGBT Youth and herself a foster parent, called attention to the urgent need for “supportive” foster parents for LGBT youth (who, she estimates, make up about 20% of youth in foster care in the state). The Commission is working in conjunction with the Mass. Department of Children and Families (DCF) to find them “safe, welcoming, and affirming homes.”

Pointing to their high levels of rejection by their families, DCF wants to be sure these youth are placed with adults who completely accept the child’s self-identification as lesbian, gay, bisexual, transgender, or queer. They have found that many adults who say they’re OK with sexual orientation and gender identity issues before the child is in their home then change and don’t give “proper support.”

Every social worker in the Massachusetts DCF system now has LGBT issues training (first reported by my MassResistance blog in 2005).The DCF also now runs a mentoring program for foster and adoptive parents. The 8-hour course includes discussion of sexual orientation, gender identity, and trauma understanding. One DCF staffer, Jody, hopes to have the True Colors Out Youth Theater group (part of the Theater Offensive) perform at every regional office as part of staff training. She recommends that the group PFLAG (Parents Families Friends & Allies of LGBT People) speak to all foster parents on how they can show their acceptance and support.

Jody recruits foster parents. She emphasized that the foster parent has to be able to support whatever develops with the child, for example, if he comes out as gay, or learning disabilities become obvious.

The question was asked, “Can transgender people be foster parents?” The answer: “We [at DCF] are not considering your sexual orientation or gender identity. It’s about your fitness.” You can’t have a criminal background; you must be able and willing and have the means to support a child. “Gender identity is not at all a factor.” Rickard (co-chair of the Commission on LGBT Youth) repeated that foster parents need to be ready to accept whatever may come with the adolescent. The DCF staffer said that the non-discrimination policies within the DCF apply to foster families as well as staff.

The youth panelist said there’s a need for foster parents who don’t question the rightness of being gay. Just “passive acceptance” is not enough. One attendee asked if there is a difference between abusive homes, non-supportive parents, or parents who just ignore the LGBT issues presented by the child. The DCF staffers Michelle and Jody explained (in the last few minutes of the video):

Foster parents who may hold more traditional values and who “age out” of the system makes this change to supportive homes easier. “It gives us an opportunity to train folks in a different way of thinking and being more accepting.” (Ten hours a year of LGBT-sensitive training is required of foster parents.) The DCF is “setting new expectations; we are weeding out some of the … destructive behaviors that are occurring” in the foster homes. Sometimes these are very “subtle” but “a case has to be built.” Further, “now that the climate is changing,” DCF wants the youth to understand that the DCF will not accept this kind of behavior from a provider or caretaker. LGBT-ally liaisons in each foster care office can fill in gaps if some social workers are not doing their job adequately to ensure this policy. This “re-education” of staff and foster parents is ongoing 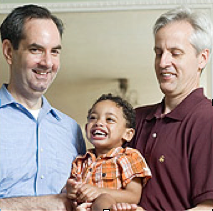 We have documented in past years how the DCF (formerly the Department of Social Services, DSS) was moving in this radical direction. In 1994, the Office of Child Care Services (overseeing adoption) issued a regulation (though not law) that a placement agency must “not discriminate in providing services to children and their families on basis of … sexual orientation.” Lesbians and homosexual men have been allowed to adopt ever since. As long ago as 2000, the DSS urged parents to accept homosexuality or bisexuality in their children, asking: “If the adolescent has identified a sexual orientation of gay, lesbian, or bi-sexual, has he/she disclosed this information to a parental figure or trusting adult? If so, has the adolescent received an appropriate, receptive and supportive response?”

The MassResistance blog reported on “LGBT youth issues” training given to about 1,800 Mass. DSS employees in 2004, including those working in adoption and foster care. The radical National Gay & Lesbian Task Force led the training sessions, funded in part by the leftist Tides Foundation. Also at this time, the DSS set up a group home specifically for “out-of-home  youth” identifying as “transgender” in Waltham, MA. 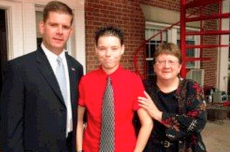 In 2006, the Home for Little Wanderers, which works closely with the DCF (then DSS), told the Boston Globe, “We have successfully placed children with gay and lesbian families for over a decade.” By 2007, a Boston homosexual newspaper reported:

GLBT families stand as good a chance of being parents to any of the 600 children in the state waiting to be adopted from foster care as traditional families. … a social worker with the Home for Little Wanderers, says about 40 percent of her foster care cases in the public sector ending with adoption are into GLBT families. Her organization has done specific outreach to the GLBT community to recruit new homes for children in the Massachusetts public system. …”We want to make sure that all families have the same opportunities.”

In 2008, we documented recruitment of transgender adults as foster parents at the Northampton Transgender Pride event. Here is the flyer handed out there by the DCF: 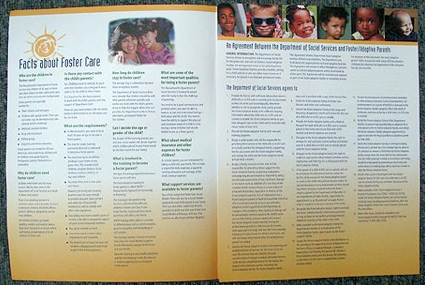 In 2010-2011, the Massachusetts Adoption Resource Exchange (MARE) reported “18% of adoptable youth in foster care [were] placed with same-sex couples.” MARE (which works closely with the DCF) continues its outreach to LGBT adults today. Note its logo, showing to men with a small child:

So now the radical evolution of the Mass. Department of Children and Families adoption and foster care department (and adoption agencies it works with) is complete. LGBT adults – singles or couples – have a hugely disproportionate chance of receiving an adoptive or foster care placement.

Even more discriminatory (as the May 2013 video confirms), you need not bother applying to be an adoptive or foster parent in Massachusetts if you hold traditional values – and would wish to dissuade your child from “identifying” and behaving as lesbian, gay, bisexual, or transgender. Such attitudes are now considered “destructive behaviors” by the Commonwealth of Massachusetts. You won’t even get past the screening process. Only those “straight” adults who are LGBT “allies” will make it. 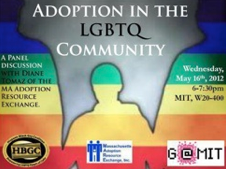 Amy L Contrada is an associate fellow at the IAI.  You can learn more about their work: http://www.theinteramerican.org/commentary/451-adults-holding-traditional-values-cannot-adopt-in-massachussetts.html.