MARKETPLACE MINISTERS AND THEIR SEVEN MOUNTAINS ! 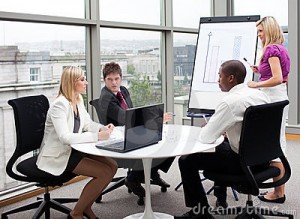 Marketplace Ministers need to reclaim the seven mountains of influence on our culture.
They are the government, business, the media, arts & entertainment (including sports), education, religion, and the family.   All these mountains surround and submit to the biggest mountain of them all, The Kingdom of God.

John chapter one tells us that it was Jesus who created all things.  Now that comes from the best friend of Jesus, John the disciple. After hanging out with Him for three years, you would think that John had an insider’s trading secret or something, wouldn’t you?

Paul says the same basic thing in his letter to the Colossians, in chapter one.  He tells them that Jesus created all things for His own pleasure and purpose.  My conclusion is that Jesus created these seven mountains of influence on our society in order to reach our culture for The Lord Jesus. Again, for His purpose & His pleasure !

Our workplace is an excellent place for marketplace ministers to be used by God to ”reclaim” our little piece of our society where God has placed us in order to influence & impact the people closest to us.

We are placed in the job we have, using the skills we have been given, because God wants to use us to reach someone in our environment.

We are disciples who make a difference in our workplace.
We become God’s change agents, or kingdom catalysts at work.

Marketplace Ministers can use their business skills to promote the Gospel.
Our job is our ministry, and our ministry is our job.

They are the same.  God has us there for His own purpose.

”God has placed Kingdom Catalysts all over the world.  They are people in the marketplace and ministry who have a passion for advancing The Kingdom of God. Kingdom Catalysts see themselves as being in ministry and supporting others in ministry.  I call them catalysts because a catalyst increases the impact of others without being consumed themselves.  Much like the power of God in the burning bush with Moses in Exodus three, where the fire of God burned within the bush but the bush was not consumed.  I call them Kingdom Catalysts because their focus is on bringing others into the Kingdom of God.  They follow Matthew 6:33 .
‘But seek first the Kingdom of God and His Righteousness and all these things shall be added to you.’’    They put The Kingdom of God first in their lives and in their businesses and ministries.  I like to think of their businesses as being ”Kingdom businesses” since their focus is being a steward of God’s resources and advancing The Kingdom of God, they use The Kingdom businesses as ministry to bring others to Christ.  They follow the example Jesus gave for going into the towns and villages and spreading the gospel or the ”good news” of the Kingdom.”

One example of a Kingdom Catalyst is my friend Ted Baehr ofMovieguide.  Ted has been working in the Mass Media for thirty years now, influencing that industry for Christ.  Ted has shown to the major movie studios how a quality family film, with good moral values, can be a big box office hit ! They are finally starting to listen to him. You can check out Ted’s website by going to  www.movieguide.org