Defending the Bible from Scurrilous Attacks:

A review of the article “Where Did The Bible Come From?” by David J. Lose

By Dr. Robert A. Morey

Since I have studied, lectured on and written material on the “canonicity of Scripture” for 40 years, I read with interest the article by Dr. Lose addressing the subject. I was greatly disappointed. 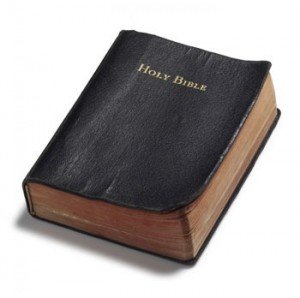 First, the “Bible” is not one book but a collection of 66 ancient Jewish scrolls from the book of Genesis to the book of the Apocalypse. These ancient scrolls were produced in different times, cultures, languages, political, economic, and social over a period of almost 2,000 years by 40 different authors. They are grouped in Old Covenant documents (OT) and New Covenant documents (NT).
Second, a single source theory for all 66 books is not possible. Making the basic error of thinking of the Bible as one book, some people like Dan Brown have asserted that the Roman Catholic Church created the Bible. The fact that the both the OT and NT were in existence and received as inspired before Roman Catholicism developed shows the silliness of that assertion.

Dan Brown and other anti-Catholic bigots love to write fantastic conspiracies in fictional novels attacking the Roman Church. While the Roman Catholic Church can be blamed for many things, it did not create the Bible out of thin air. The Bible was already around for thousands of years.

Other single source theories assert some king, emperor or political organization created the book called the Bible. Of course, the fact that the Bible was in existence before they existed refutes that foolish idea as well.
Second, some have asserted a single source literary technique such as legend or myth. Joseph Campbell’s post-modern legend theory is a good example. But, utilizing post-modern concepts to interpret ancient Jewish literature has been a complete failure. To merely assert that this or that biblical story is a “legend” or “myth” without any hard evidence is to argue in a circle. It is like rowing with one oak. You never get anywhere. People who begin by assuming as true what they assert as a “given” are worthless.

Third, post-modern (e.g., Lucy Atkinson Rose) and post-liberal (e.g., Charles Campbell) theologians are like helium balloons whose strings have been cut. They are free to fly where the winds of present fads and fancy drive them. Since they are no longer attached to the grammar and syntax of the biblical text they claim to be interpreting, they end in an orgy of contradictory theories.
Third, the argument from silence is a cheap way to attack the Bible. For example, Reincarnationists like to assert that the Bible originally taught their doctrine. The only proof that put forth is that their ideas are not found in the present day Bible. Therefore, some pope or council removed them.

Of course, this is like arguing that you should inherent the estate of your rich uncle even though you are not mentioned in his will. The proof that you were originally in the will as the true heir is that fact that you are not mentioned now!
Fourth, apostate religionists are usually the most vicious in their attacks on the Bible. Obviously, there are emotional and psychological forces that motivate their attacks on what they use to believe. David Lose is a good example of an apostate Lutheran who spends his time attacking the Lutheran Bible. Why he does not go out and do something positive instead of just criticize the Bible is something his therapists should discuss. Perhaps, medication would help him.

Dr. Lose wrote Confessing Jesus Christ. Preaching in a Postmodern World. It is an inept work that reveals his ignorance of how to preach the Bible. He attempts to confess his own personal subjective feelings what Jesus (he/she/it) means to him in the matrix of his own personal life at the time.

While Lose may be an interesting fellow, I would not walk across the street to attend a church where he is sharing his own psychological insights and problems. I would go to church to hear divine answers from the text of Scripture. Mere human opinion and prejudice bore me.

Being a follower of Campbell and Rose, Lose assumes what they believe as his beginning assumption. He then sets forth the “Big Three” theological options that are around today: A: Holy Dictation, B: Imperial Decree, and C: Forgeries & Falsehoods.
First, what does he mean by the “Big Three” theories? What makes a theory ‘big” or “small”? He never explains what he means by “big.” From the options he chooses, we think he means “present popular fad.” When did Hollywood movies and fictional novels replace serious scholarship? Dan Brown fictional novels are an example. To his credit, Brown admits that he is not a scholar in any sense, and he does not pretend he’s writing real history. Why Lose includes the fictional novels of an anti-Catholic conspiratorial bigot as part of the “Big Three” is beyond us.
Second, Lose completely ignores conservative scholarship and his own Lutheran history. No conservative scholar believes in “dictation” as the source of the canon, but it is a convenient straw man argument that he has great fun attacking.
His discussion of the two other “Big” theories is just as inept. People who assert that the “Bible” was created by this or that single individual or group or by a single literary motif only reveal their ignorance and arrogance.

In summary, what we call “the Bible” is not one book but an encyclopedia of 66 ancient Jewish scrolls that took almost 2,000 years and forty authors to produce. Simplistic single source theories may be good for action movies but hardly belong to any serious discussion of canonicity. Apostate Christians who have all kinds of emotional and psychological problems are the last people to give a neutral unbiased discussion of what they once loved and now hate.

Editor’s Note: Dr. Robert A. Morey, (Ph.D., D.Min, D.D.), is the Executive Director of the Research and Education Foundation, and the author of 57 books. He is presently working on his 58th book that discusses the canonicity of Scriptures. For a listing of all his books and lectures, go to www.faithdefenders.com.