Not Yours to Give 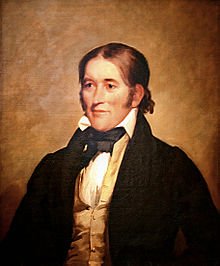 Speech before the House of Representatives

Editor’s note: David Crockett, perhaps best known for his role in the 1836 defense of the Alamo, also served three terms in the United States Congress between 1827 and 1835. The following excerpt from an 1884 biography by Edward S. Ellis, The Life of Colonel David Crockett, reveals how his electorate taught him the importance of adhering to the Constitution and the perils of ignoring its restrictions.

Healthcare: The Ghost of Things to Come

By CL Gray, MD, Founder and President Physicians for Reform

“I’m not ready, I’m not ready to die. I’ve got things I’d still like to do.”1 Sixty-four-year-old Barbara Wagner wiped her tears as she spoke of her cancer’s return.